Major Applewhite made numerous personnel changes for 2018, most of them upgrades over the mediocre coaches on his first staff. Below, I look at Major’s changes as well as a few head coaching changes in our league.

Kendal Briles (Houston OC) – I love this hire. Kendal has proven himself to be a savant both at Baylor and FAU. While there are some issues in his past with recruiting, I believe he is the absolute best OC we could have hired. Kudos to Major.

Scott Frost (Nebraska) – UCF’s Scott Frost was the hot candidate and Nebraska locked him down. Most impressively was how Bill Moos was able to work again. He did the same sort of stealth search at Wazzu when he landed Mike Leach.

B is for Bang-Up

Randy Clements (UH OL and run-game) – Clements was at UH previously and caused some friction on his way out with Art Briles in 2007. He comes back in a package deal with Kendal. The OL will be transformed this year and I believe Clements can improve our lethargic running game.

Paul Williams (UH corners) – Williams is a D’Onofrio disciple with a diverse resume. Since 2006, he’s coached all defensive backs in his stops at Temple, Miami, and Illinois. On Cullen, he will just be working with corners.

C is for Capable but also Caution 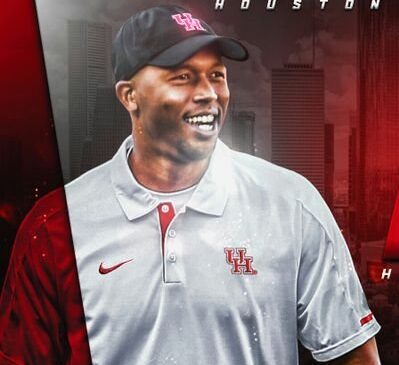 Lamar Morgan (UH safeties) – Arrives at UH from ULM. Is expected to be a Louisiana recruiter and perhaps in central Texas as well (Morgan is from Copperas Cove). Truthfully, we don’t know much about him yet but will find out a lot this spring.

Dana Dimel (UTEP) – Like many, I knew Dana when he was here and thought he did a better job than he was given credit for. Yes, the defense was an absolute joke but he began to assemble the talent that led to UH’s rise. Sure, there were many issues during his tenure (0-11) but after a decade on staff at Kansas State, perhaps much of it has changed for him.

Josh Heupel (UCF) – This hire, on the surface, is pretty underwhelming. But Heupel was able to get Randy Shannon as his DC and the combo should do well at UCF. Heupel’s work with Drew Lock at Mizzou was pretty impressive – if he can do the same with a different type of passer in McKenzie Milton, I’ll be impressed.

Chad Morris (Arkansas) – Morris is considered an offensive genius but with his hand-picked QB and two dynamic receivers, his SMU offense sputtered against most good teams. The Pony defenses gave up over 39 ppg during his SMU tenure. Is this the right fit for an Arkansas team built for the power game? Doubtful.