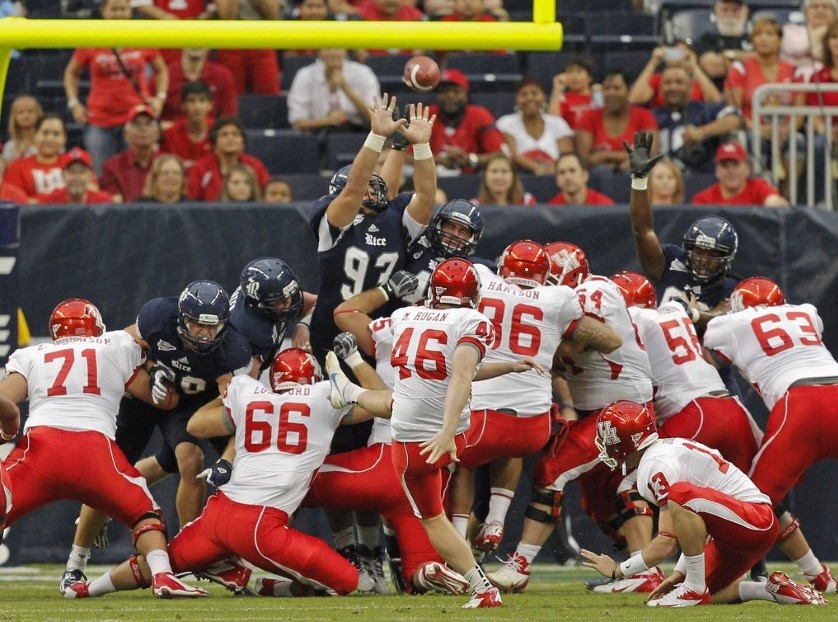 Matt Hogan kicking against Rice in 2012.

Happy 30th birthday to Matt Hogan! Hogan is perhaps the best, and most celebrated, placekicker in UH history.

Beyond the records, Hogan was responsible for one of the great moments in UH history as well: “The Kick” in 2009 to seal the comeback and beat Tulsa on the road. Hogan claims the 51-yard kick would have been good from 75 … and he’s right.

Remarkably, Hogan had only been the starting kicker for two weeks when the team flew to Tulsa.

In 2012, Hogan tied an NCAA freshman record for most field goals in a game as he booted 6 against UAB.

In 2019, Matt became a contributor to GoCoogs.com on special teams and kicking specifically. You can find his archive here. He will be back in 2020 to offer more insights. 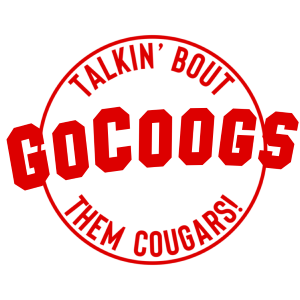 Thanks for reading GoCoogs.com! GoCoogs is the must-read website for any serious UH fan. Our subscribers get the best Cougar content, analysis, and discussion along with quality writing you won’t get anywhere else. 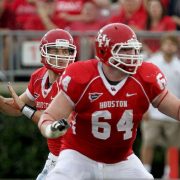 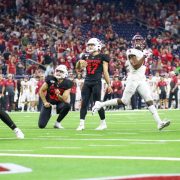 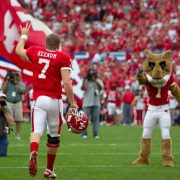 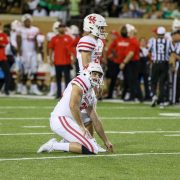