Home
Basketball
Hard To Digest: Numbers From The Tulsa Game 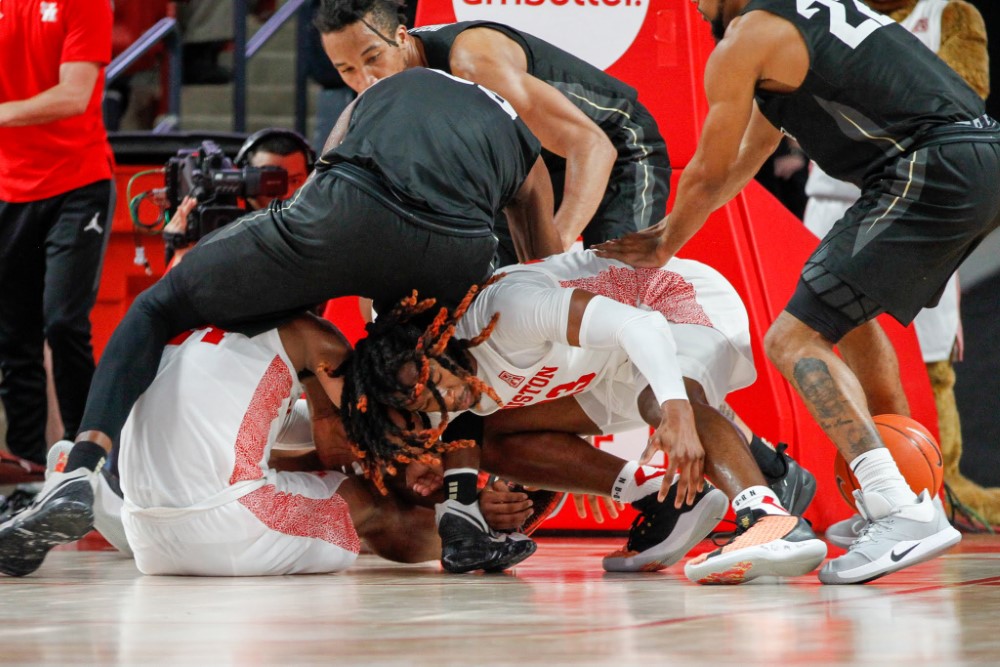 As much fun as it was to write the Temple By The Numbers breakdown, this one was miserable. Why is it that every time we play Tulsa in football or basketball, it feels like an ugly game.

The Coogs had 3 fast-break points in the game – the lowest total since the AAC championship game last March.

UH’s 8 assists were a season-low. In the Temple game, the Cougars had 20.

Dejon Jarreau made a lay-up with 5:32 to play to put UH up by 6. It was the last shot the Cougars made. UH scored 1 point in those 332 seconds and:

In the same stretch, Tulsa scored 9 points on a dunk, a three, and by hitting 4 of 5 free throws.

Starters Gresham, Grimes, Hinton, and White combined to shoot 2/17 for the day (including 1/6 at the rim). While there have been bad games for groups of starters (4 starters combined to go 3/18 vs. Oklahoma State and 3 combined to go 4/21 vs. Washington), Tulsa was the worst of the lot.

The one made shot at the rim: a Nate Hinton put-back.

The Cougars attempted 28 three-pointers – it was the second-most of the season. The most? Oklahoma State.

Tulsa was the third time in the last four games that UH shot under 40%. The reason for the recent struggles? The zone defense.

Quentin Grimes had two very good shooting games against Portland and GT in the Diamond Head Classic (combined 17/26 (65%). But other than those two, here’s his made FGs since finals ended:

Perhaps related: Grimes played 26 of the first 30 minutes of the Tulsa game. But he didn’t see the floor in the last 9:45.

Just over 30% of UH’s shots came with 10 seconds or less on the shot clock. Of those 17 shots, 15 were jumpers or three-pointers.