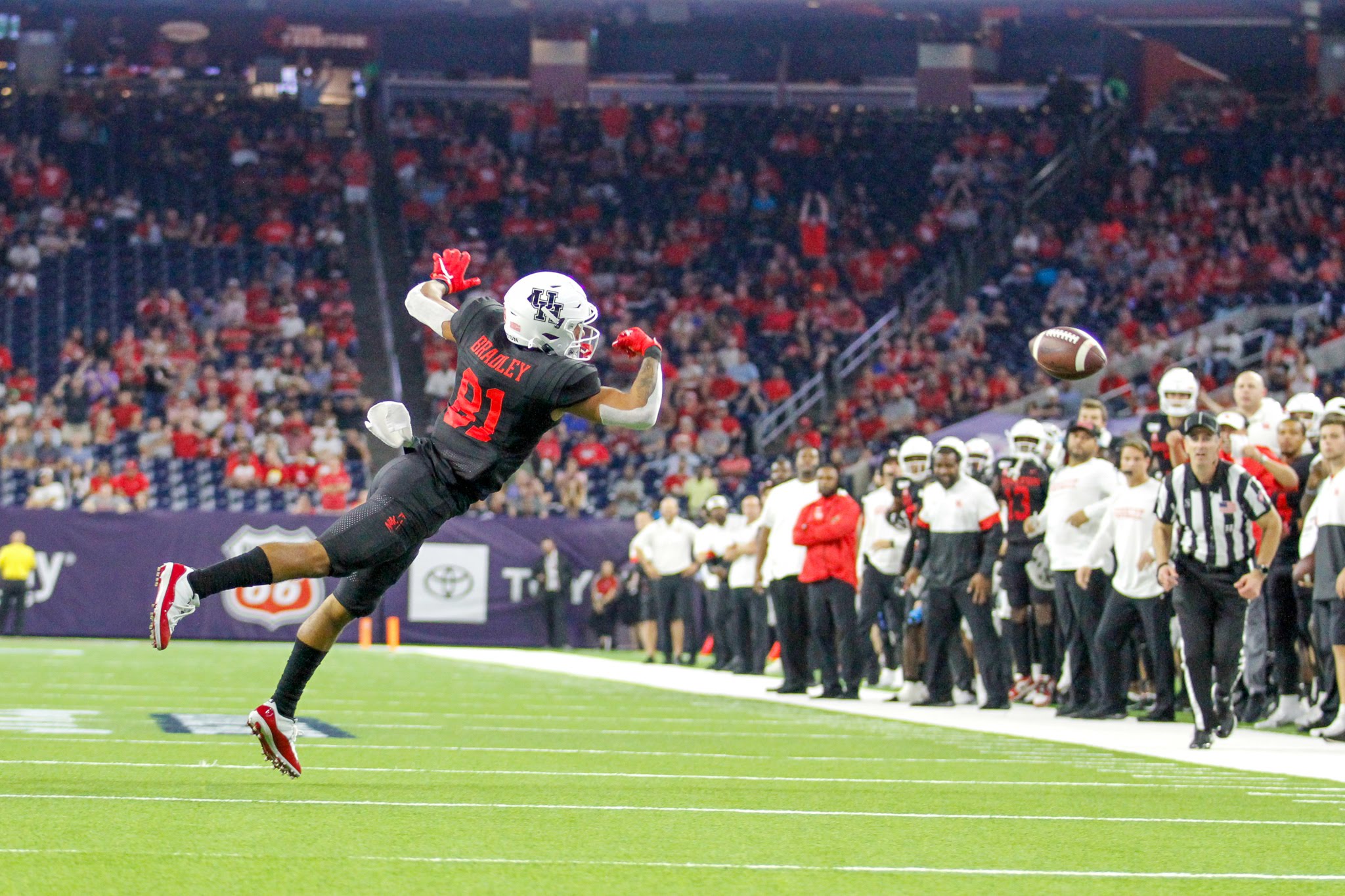 D’Eriq King struggled on throws over 10 yards this season. / Photo by Mario Puente

With the news that D’Eriq King is redshirting in 2019, we look back at every throw he’s made this year.

Over the last couple of days, I’ve gone back and charted every throw that D’Eriq King has made this season through four games (thanks to Brad Towns for going through the Prairie View tape).

For this season, each attempt is charted from the line of scrimmage to where the ball was thrown to (except for ‘over his head’ – then, we measure where the receiver was attempting to make the play). 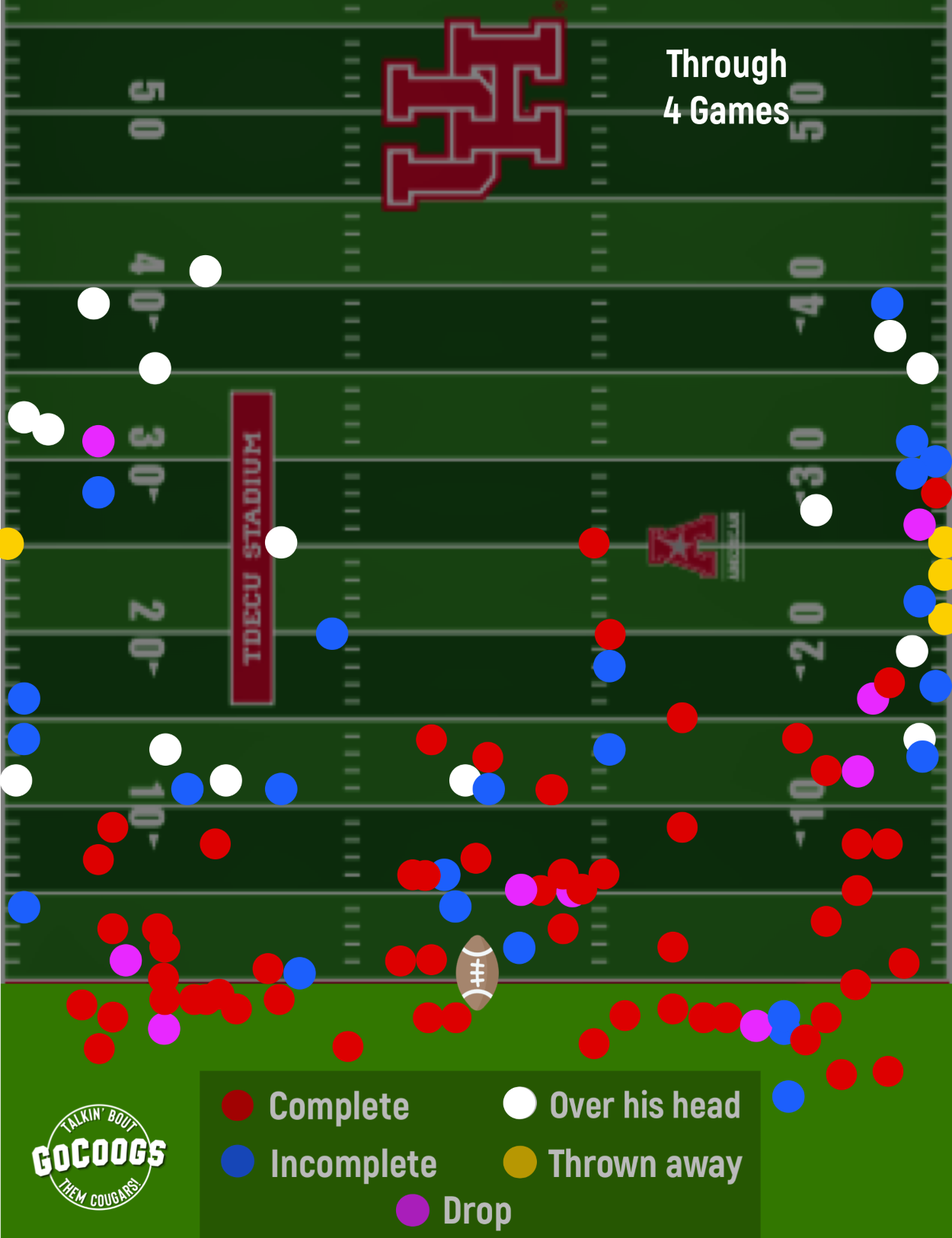 I didn’t expect to find a bucket full of happy on long throws but there’s absolutely no good news here. King has overthrown almost everything deep to the left side and three balls deep to the right.

With his issues with accuracy, it’s not surprising that the routes are mostly along the sideline – if he misses, the ball likely goes out of bounds. That said, he has only connected on one ball deep down the sideline.

The lack of any throws across the middle is difficult to process. That’s a lot of unused real estate especially when defenses typically crowd the line of scrimmage against this offense.

Here’s my goofy gif attempt at showing each game for King then what his spray chart looks like after 2, 3, and 4 games.

King’s efficiency rating dropped 60 points from where it was last year. It’s clear that his inability to connect on passes over 10 yards is the reason. King finished his ‘senior’ season at UH 10/45 over 10 yards – just 22%.

Get more Houston Cougar analysis, news, film study, and more player insights when you become a member of GoCoogs.com!