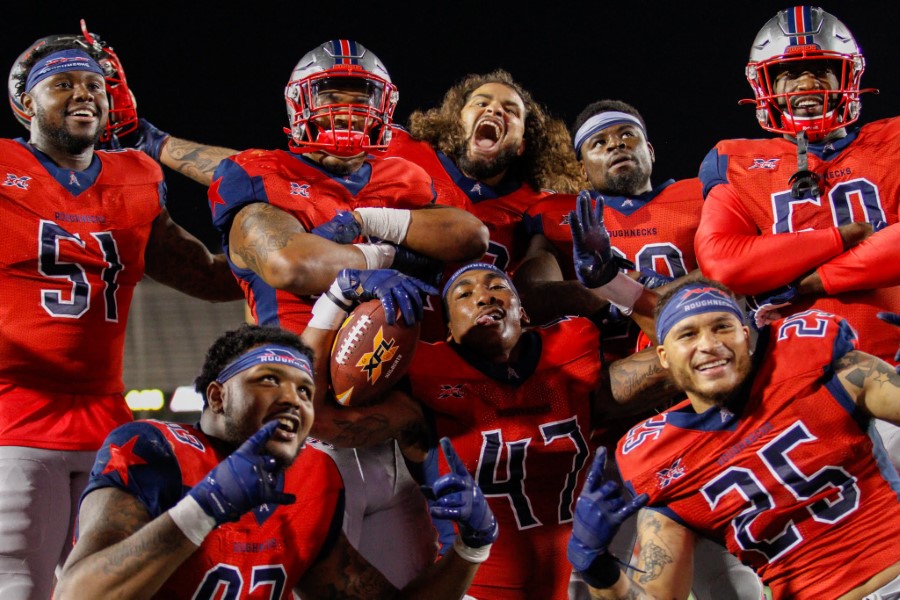 The XFL’s new Houston team, the Roughnecks, debuted Saturday evening at TDECU with a win over the LA Wildcats. What we saw Saturday night was fun and exciting spring football. The XFL learned from their past mistakes and matured into a real football league. I was able to see the game from the field and want to share my experiences

Gone are the days of gimmicky names and scantily clad cheerleaders. Instead, the focus is football and providing an in-stadium and on TV product that fans will enjoy. Going into the game, I did not really have any expectations. But I can honestly say I was pleasantly surprised by the number of fans in the stands and the product on the field.

The entire lower bowl was packed and part of the 2nd deck (on the Holman side) was filled in. It’s no surprise that Houstonians and Texans love their football but this was different. The atmosphere in the stadium was a cross between college crazy and intense pro football. The fans have access to players that you normally wouldn’t see in the NFL with in-game interviews and behind-the-scenes information. 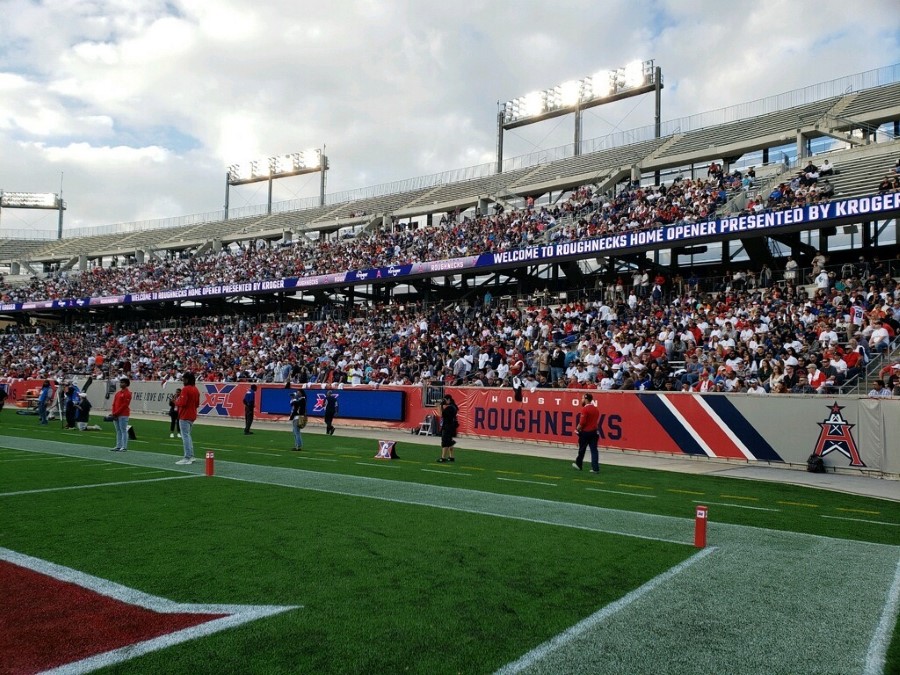 The Holman (visitors) side of TDECU

In addition, it appears the XFL offers a superior TV product – better than the NFL and better than college. Listening to the play calls that sent into players helmets, interviews after big plays, and watching and listening inside replay booth were new levels of access for most fans.

I thought the product on the field was pretty good – both teams were ready to play. The days of clumsy football, fake names, and WWF crossovers are gone. There were players with NFL and CFL experience and kids right from college. No matter their situation, it looked like they wanted to be there and were excited to play football. There were one-handed grabs, leaping plays, and lots of scoring. It was good football.

The XFL is giving an incentive to teams to try and win at all costs: win a game and players get a $2,222 bonus. For a league that is paying just over $1000 per game, that’s a pretty enticing bonus. 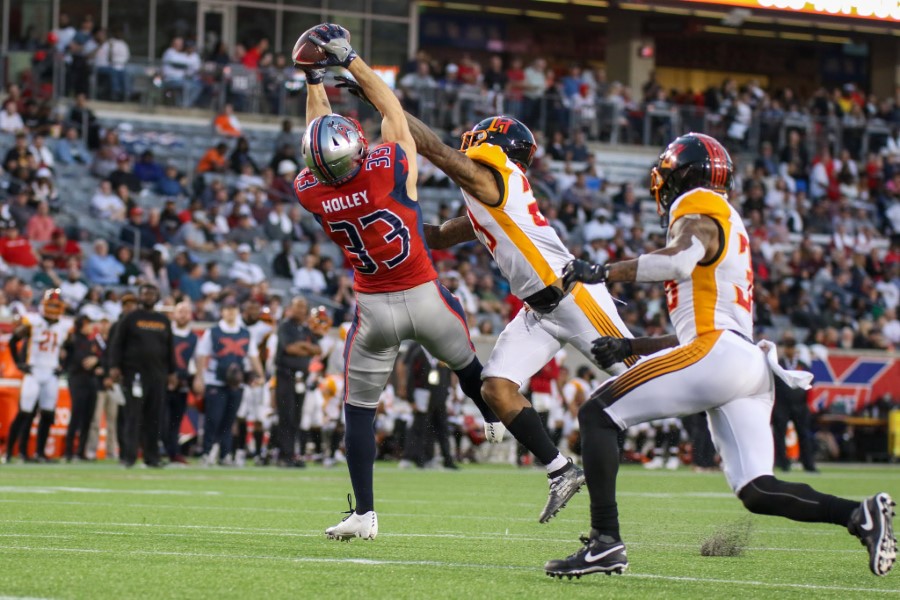 Nick Holley will be a fan favorite.

There were a few changes to what we’ve come to expect – new kickoff and punt rules, a shorter halftime and fewer timeouts, and a shorter play clock – all designed to keep the game fast-paced and high-scoring. But, for the most part, it was the American football we have all grown to love.

They say the XFL is about more football and it seems to be that way with fewer touchbacks and fair catches. In the stadium, the lines for concession stands and team merchandise were extremely long during. When I left the stadium about an hour after the game there were still people waiting to buy their favorite Roughneck gear. I expect they will add more workers and lines for the next home game but it seems fans didn’t seem to mind.

Perhaps the biggest change was the exceptional WiFi service in the stadium. For fans of other teams in the area, excellent WiFi is expected but for fans accustomed to UH games at TDECU, it was a very welcome change! 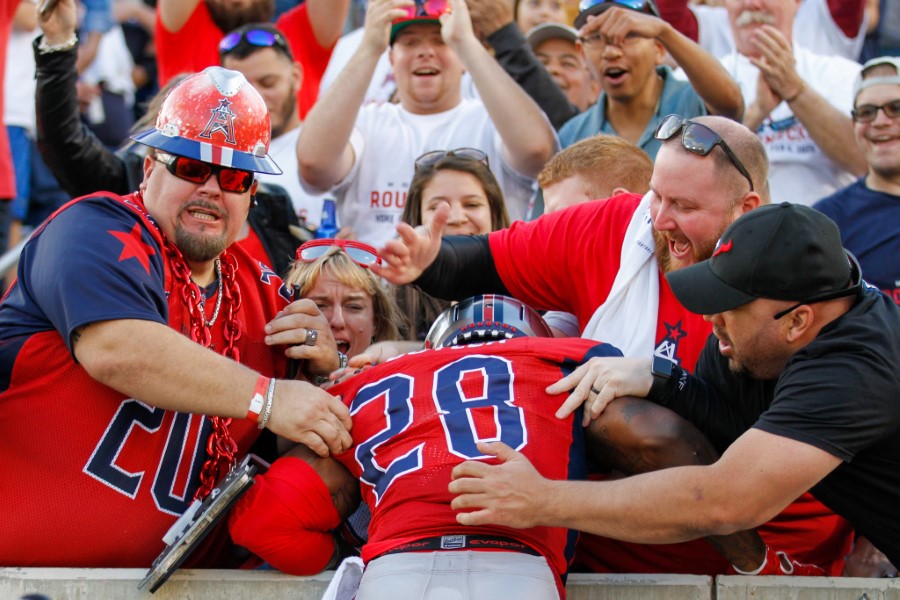 James Butler into the stands after one of his two TDs 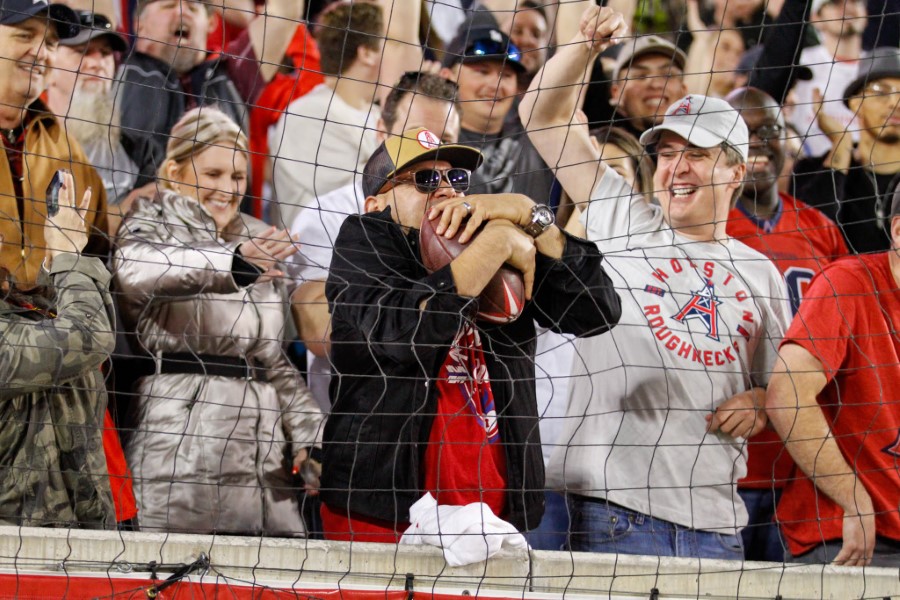 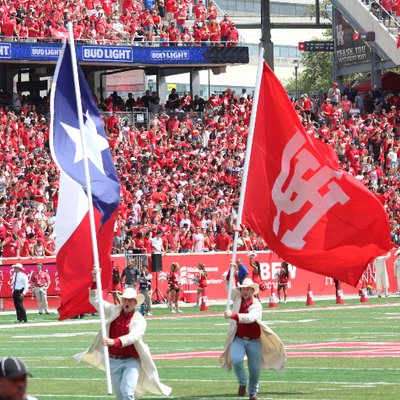 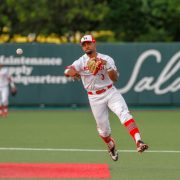 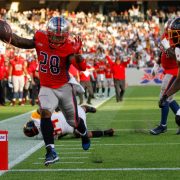