How’d Our Recruits Do? Week 9

The Cougars added commitment #9 this week with the addition of JUCO inside linebacker Malik Robinson. You can check out Malik’s info and highlight videos on his GoCoogs bio page.

Lots of video highlights this week:

Fort Scott lost to #11 Iowa Western CC 31-10 on 10/26/19. Malik had two tackles in the game bringing his six-game total to 41. The highlights below are from the Iowa Western game and show that Robinson is active from sideline to sideline and will lower the boom on special teams:

His season stats are here:

Next Up: Fort Scott hosts Iowa Central CC on Saturday.

Johnson and his University Lab Kittens smacked around Thrive Academy 63-0 on homecoming last Thursday night. The game was moved up a day due to the remnants of post-tropical Olga.

Stats: Not found but Johnson caught a 22-yard TD pass.

Next Up: University Lab hosts their last home game vs. the Central Private Rebels on Halloween.

Austin fell to Kempner 21-14. No individual stats for Septs available.

Nice praise from Rivals but they still have not rated Bowman.

The Hahnville Tigers keep rolling. They beat Bourgeois 35-7 to move to 8-0 and clinched at least a share of their district title. The Tigers are ranked 3rd in the Louisiana Sportsline 2019 Football Power Ratings (after having been #1 last week). ranked #4 in the New Orleans Large School Week 9 Rankings.

Stats: None found for the game but it appears Friloux had 4 sacks in the game. He gave an update on his numbers before the game:

Afterwards, he updated that he had added four sacks:

“We won a district championship. The worse we can do is be a co-champion. We accomplished a lot of things. We are 8-0 and we play Jesuit to try and maintain the No. 1 seed in the power ratings. Everything is still in place for us,” Hahnville coach Nick Saltaformaggio said.

The Arlington Seguin was off last week.

Stats: Not found, but Dylan had a TD reception in the 2nd quarter. He also threw a 29-yard TD pass.

Stats: Aidan went 4/4 on PATs after one turned into a 2-pt conversion due to a dropped snap (Aidan got a block). He had 6 kickoffs with 3 touchbacks and kicked his first two punts of the year (40 yds each).

Here’s some Twitter vids from Aidan from this week:

Next Up: Cain visits the 4-4 College Park Cavaliers.

Check out our Recruiting Central page for highlights, bios, and more: 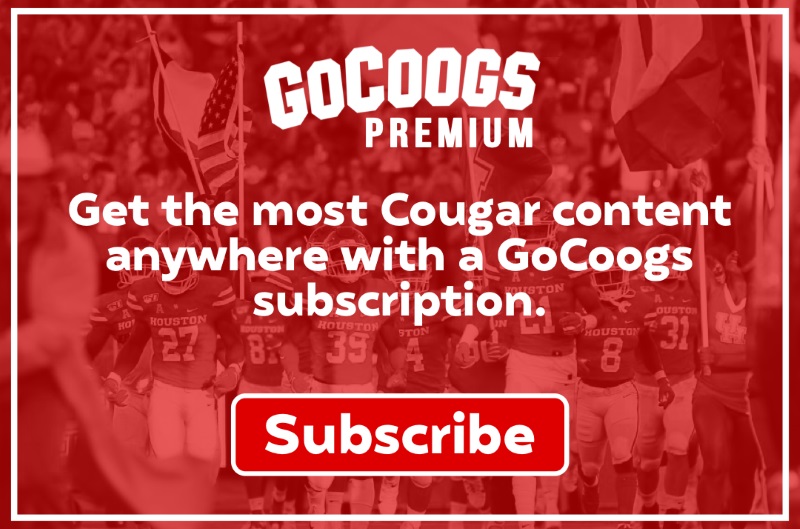 Preseason Concerns Are Playing Out

It’s Time We Get Serious About NIL

The Dane Roy Podcast is back to look back...

A Rough Week For Cougar Fans

Cougars Hit Hard By The Transfer Portal This Week It's...

What Athlete Is UH’s Biggest Star?

With the offseason starting early this year, GoCoogs will...

Beyond The Box Score

Beyond the Box Score: Whoa & Woe

It’s Time We Get Serious About NIL

Austyn Reily Is Ready For The US Amateur