Home
Baseball
Cougar Baseball Is Slumping At The Wrong Time 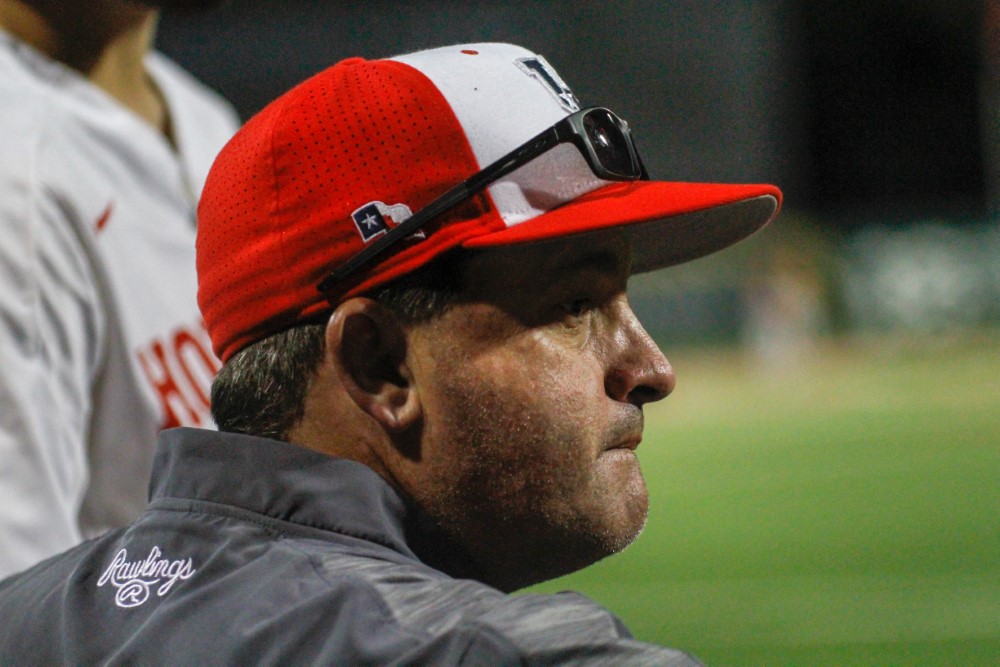 The Cougars have had a strange last 9 days: FAU was rained out despite not a drop falling on campus during the game’s 3-4 hour window. The Tulane series was pushed into a double-header on Saturday and one on Sunday. And in two games this week, the UH offense has completely disappeared.

In a what-have-you-done-for-me-lately, RPI hyper-focused world, Cougar baseball is slumping. And it couldn’t come at a worse time.

What To Do With Burckel?

In the UCF opener, Brad Burckel batted 9th in the lineup. No one has been moved around more than he has this season: he’s led off, hit 8th quite a bit, and hit 9th a few times.

Since the beginning of May, Burckel has been in the two-hole every game, which seems like a natural fit for him. He went 2/3 vs. Rice Tuesday night from that spot and hit safely in 6 of 7 games batting behind Jared Triolo. Burckel is hitting .308 in the two-hole in May.

Strangely, he was moved back to the 9th for the opener at UCF (and went 0/3 there). Ray Fuentes, who has been struggling quite a bit, moved up to the two-spot and immediately grounded into a double play in the first inning after a Triolo single. He went 0/2 before being replaced by a pinch hitter.

The one thing that the second hitter cannot do is hit into double plays. Fuentes leads the team with 6 GDP.

Burckel is hitting .308 hitting in the two-hole in May.

Fuentes is hitting .166 in the last month. It’s key to get him swinging the bat again but doing it from the two-hole seems … ill-advised?

Lockhart did not pitch poorly (5.1 IP, 4 H, 2 ER) but was the victim of some defensive meltdowns behind him. In the 2nd, Lovelace dropped a foul pop-up that was probably 1B Joe Davis’ play to make. Two pitches later, the batter Beaver walks. A single and a throwing error advances both runners into scoring position before a sac fly leads to a run.

After a strikeout, 3B Jared Triolo commits an error in the grass, allowing a run to score. Hernandez, who reached on the error, steals 2nd and comes home on a timely single. It’s 3-0 on just two singles.

If the foul ball is caught, you get out of there with no runs scored and it might change the entire complexion of the game. Instead, it ends in an 8-0 shutout.

UH scored 24 runs last weekend – the 2nd most runs in a series all year (Wichita State – 27 runs). But the Coogs follow-up that up with one run over the next 18 innings.

In mid-March, UH took a big series over DBU. Then, they traveled to McNeese and were shutout 1-0 on Tuesday and scored a single run in a 2-1 series opener vs. UConn. Look familiar? This week, UH gets a big series wins, scores a run on Tuesday in a 2-1 loss to Rice and then is shutout in the series opener.

Before Tuesday, the Cougars had just four games of 0 or 1 run. UH has scored two runs on 7 occasions and 3 runs eight more times. This team is scoring 3-or-less runs 40% of the time and have a 7-14 record in those games. Neither is conducive to postseason play.

UH is 245th nationally in scoring.

The Coogs have slipped all the way to 44th in the RPI and now trail UCF (42). The Knights have made up 7 spots this week while UH has slipped eight.

Here’s where you could have some issues: the AAC has slipped to 5th in conference RPI (had been 4th the last few seasons). I’ve maintained that more west coast schools and ACC programs will get in this year. The five west coast conferences had 8 bids last year but D1Baseball predicts they will combine for 10 bids this year.

The ACC had six bids in 2018 but could have as many as 9 this season. That’s 5 bids that have to come from somewhere which means we could be looking at losses for the Big 12, the Big 10, and the American.

Just something to watch over the next 11 days.

After an 0-5 night against Rice, Joe Davis went 2/4 Thursday. He’s now at 17-straight games without a homer but there’s some cause for optimism: in the first 14 games of the homerless streak, Davis had just one multi-hit game. He’s had two of those in his last three games. Encouraged.

This week, Terry Rooney is back on the UCF campus for the first time since he was fired as their head coach in July 2016. During his time at UCF, Rooney helped get a second-level of seats down the first base line built and was largely responsible for a new premium club and other enhancements. 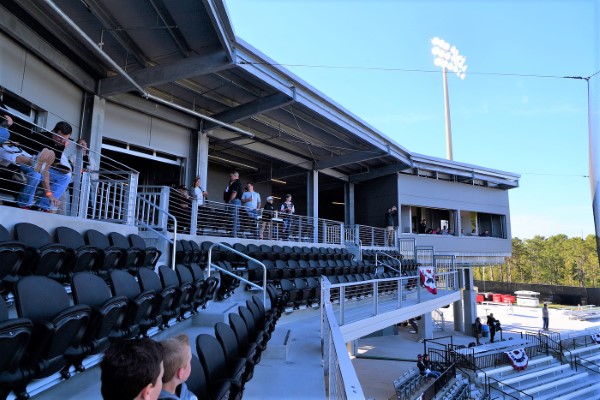 Once UH’s baseball facility is finished (it will be finished, right?), a renovation of the press box tower (including a roof deck available to rent on a per-game basis) and a small club are things I have wanted to see happen at Schroeder Park for a while.

Here’s hoping it happens. And that we get some runs!
What did you think of this story?
[ratings]

All Coogs. All The Time.

the #1 site for Cougar football, basketball, and baseball coverage.

going beyond the game recap with insightful analysis.

something for everyone interested in our Dear Old Varsity.