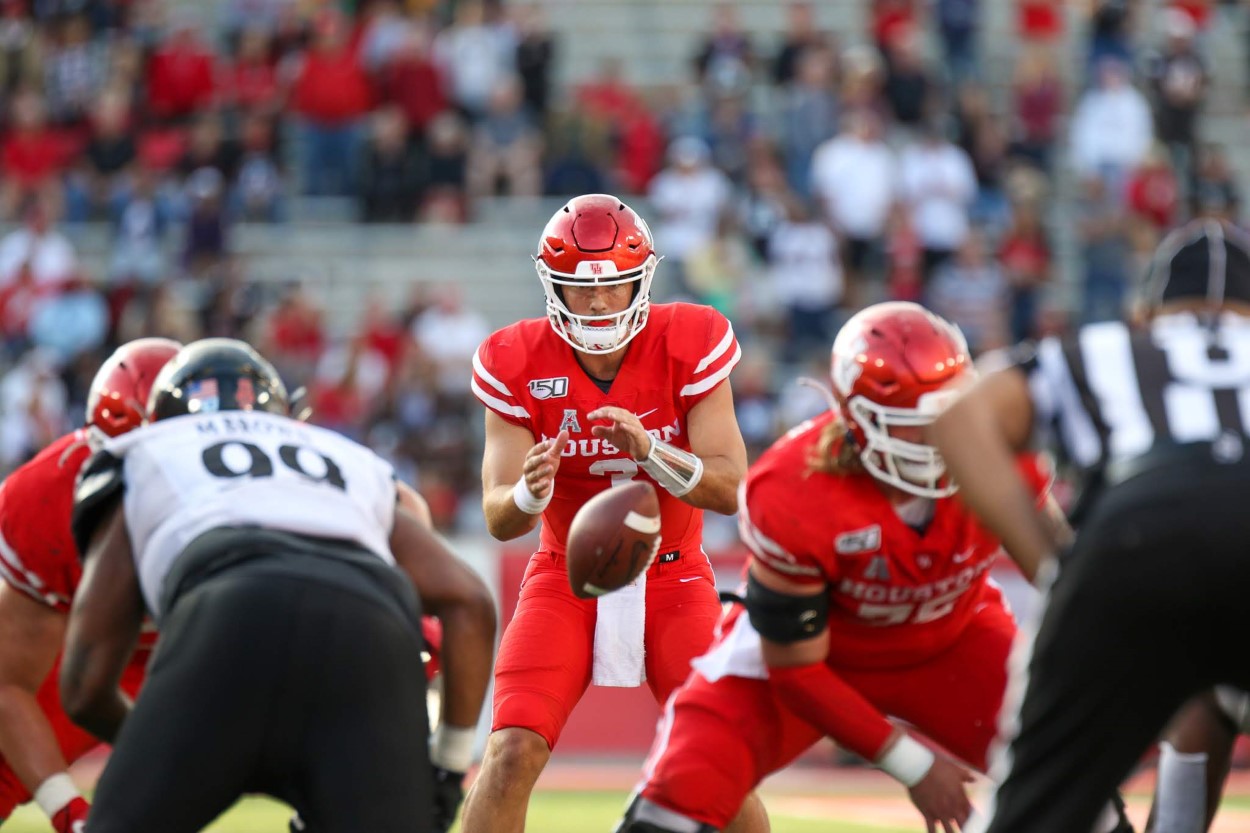 Clayton Tune gets the snap / Photo by Mario Puente

For much of the last decade, there has been very little stability at quarterback for the Houston Cougars.

UH has not had a QB start every game of a season since 2011; nine different players have started a game in that span. Break it down another way and there have been 21 quarterback changes in those eight years.

Greg Ward was the only QB that gave UH any consistency; he was also the only one with any sustained success. After taking over for John O’Korn in the middle of 2014, Ward started 33 of 35 games while going 26-6 vs. FBS teams. In a stretch of 5-straight starts against Top 25 teams, Ward went 5-0. 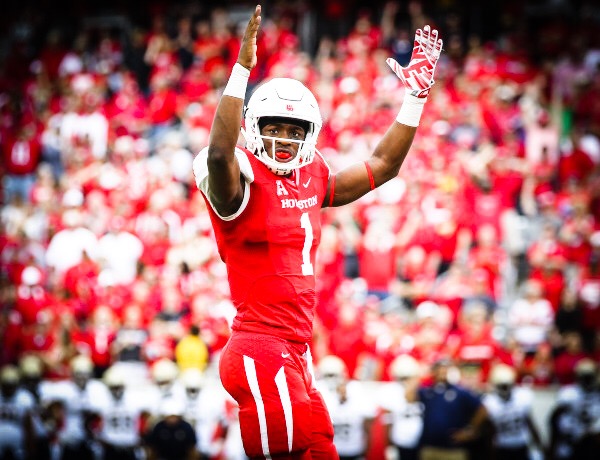 You could also say the same thing about stability and/or success at offensive coordinator. New OC Shannon Dawson is the 9th different OC in the last 10 years. It’s impossible to build stability at QB when they never work with the same coach for more than a season.

Clayton Tune is just 2-7 vs. FBS but he’s been put in two tough situations: haphazardly in 2018 and selfishly (by King) in 2019. D’Eriq King is now the poster child for the four-game redshirt rule and its unintended consequences while Tune has been forced to upend his redshirt season twice. The same lack of depth that pushed Tune into the starting role now threatens another season.

UH has not recruited wisely at quarterback in years. Too often, the Coogs have signed QBs that never enroll or don’t contribute. That track record in recruiting is how you get in the situation you are now: just four QBs on the roster for spring ball – Clayton Tune, Sofian Massoud, Logan Holgorsen, and Ike Ogbogu. Only Tune and Massoud are on scholarship and, between the four, they have just 10 collegiate starts.

Massoud is in his first semester on campus. UH needs to recruit guys like Massoud every season: a quality high school QB that you can redshirt, teach how to be a college QB, and depend on for the next 4-5 years. Potentially, Sofian could end up as your starter for 3+ years – which is exactly why he must be redshirted in 2020.

It would be madness to go into 2020 without adding a veteran QB transfer. As we’ve seen, you always need a dependable backup that can grind out wins if needed. For 2020, UH needs to add a stopgap for depth and, in a dream scenario, someone who is good enough to push Tune in fall practice.

Because of King’s (let’s call it) unfortunate transfer timing, it was impossible to get someone for the spring. A transfer looking for a shot wouldn’t have been willing to come with Tune and King on the roster. Now that the math has changed, UH is an attractive landing spot for transfer QBs.

Here are three options I think could work:

Jack Allison (WVU) – 6’6″ and a 4-star out of Palmetto HS in Florida. Allison actually started his career at Miami before transferring to West Virginia under Dana. It would be somewhat poetic for him to transfer to UH to play at the spot King just gave up in order to go to Miami.

Allison started WVU’s bowl game in 2018, Dana’s last game with the Mountaineers. WVU opted to start grad transfer Austin Kendall in 2019 although Allison also played most of the Iowa State game in 2019 after Kendall was was injured in the first drive. 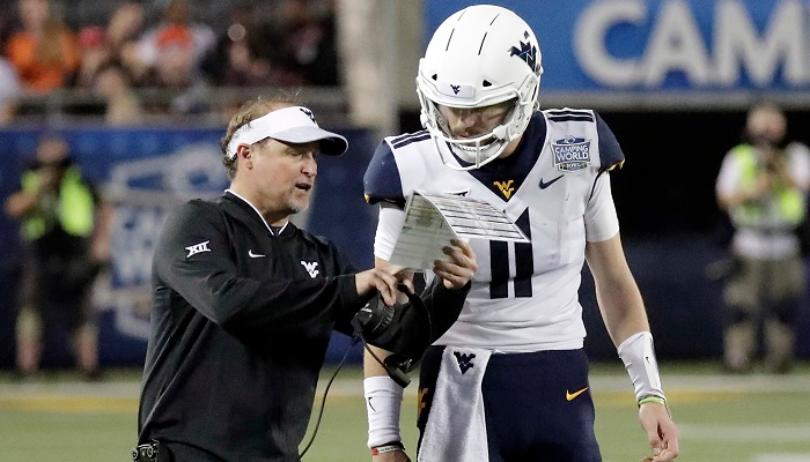 Dillon Sterling-Cole (Arizona State) – Sterling-Cole was a four-star QB out of Westfield HS in the class of 2016. He’s listed at 6’3″ and 222 lbs. Last spring, he was one of two QBs battling for the starter’s job but, after a shoulder injury early in fall camp, Sterling-Cole was passed over for a true freshman.

Before signing with ASU, Sterling-Cole had UH in his top 5.

Dillon has a big arm but struggles with his touch at times. The coach that signed him out of HS, Todd Graham, was named the head coach at Hawaii Tuesday evening. Hawaii’s starter Cole McDonald left for the NFL Draft – the Rainbow Warriors could be a practical landing spot.

If Sterling-Cole doesn’t reunite with Graham, returning to his hometown could be a good option for him. He will graduate in May.

Wait – There’s no rush now. It’s too late to add someone for the spring semester: the last day to enroll was January 21. Both of the guys mentioned above could be solid choices but they will likely still be available in a few months.

After teams go through spring practice, there could be even better options in the transfer portal. As they size up possible landing spots, QBs could enter the portal with UH specifically in mind – just like King did with Miami.

This option would give Dawson some time to establish himself as OC/QB coach and to figure out how he wants to proceed.

UH needs to add QB depth for the 2020 season through the portal and then sign a high-caliber QB in December. It will take a few years of stability at head coach and OC to build the quarterback room to where it needs to be. With D’Eriq King out of the picture, it’s time to add depth and character at the most important position in sports.

The article has been edited to note that Massoud joined the team at semester break and that Hawaii starter Cole McDonald left for the NFL Draft. 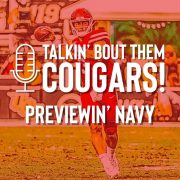 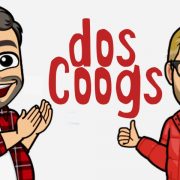 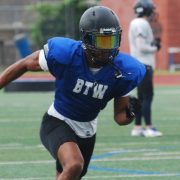 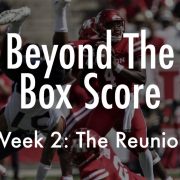