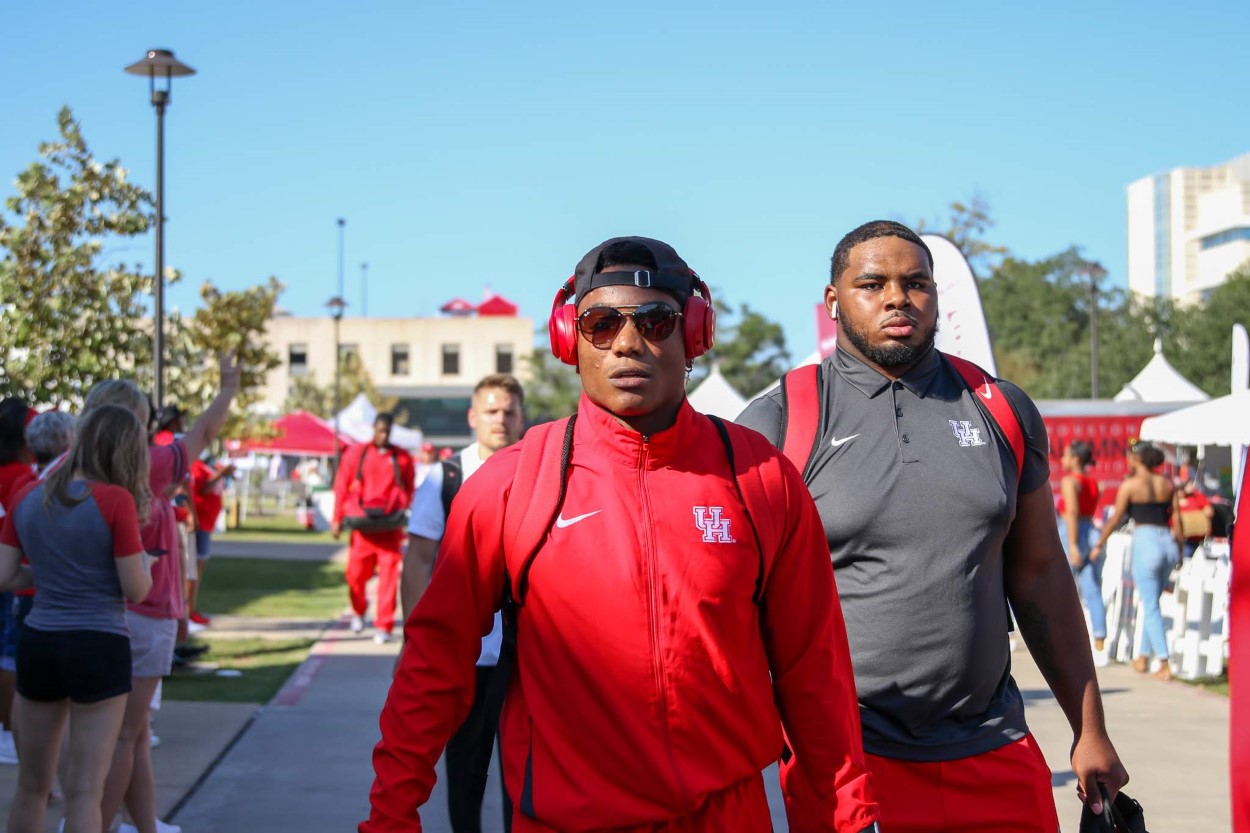 D’Eriq King before the PV game / Photo by Mario Puente

Here’s the timeline of information that GoCoogs has put together about the redshirting of D’Eriq King. We offer original sourcing when possible. This timeline is developing:

In the days leading up to the Tulane game

Eric King calls Chris Pezman to alert him that if UH loses to Tulane, his son D’Eriq is shutting down his season with the intent to redshirt and transfer.

UH loses to Tulane on a dramatic, last-second play. On UH’s last offensive snap, King’s fade pass to Corbin in the end zone was dropped.

Dana Holgorsen says he and D’Eriq sit down with King to discuss the possibility of a redshirt.

11:00 a.m. – Dana meets with the media at 11 a.m. Nothing about the plan is revealed. Nothing about King or Corbin is even said in the press conference.

Eric King, father of QB D'Eriq King, confirms his son is leaving @UHCougarFB & transfer: "It's the best decision for him at this point. Very, very tough (decision). He's got a lot of teammates riding on him. Sometimes you got to be a little self-centered & do what's best for u"

Eric King on his son D'Eriq leaving @UHCougarFB: "You have to do what's in your best interest. As a family, me, D'Eriq & his mom, we decided that's the best thing for him to do right now. https://t.co/gXXWPmbZkd

2:13 – Berman tweets comments from D’Eriq King. The QB is quoted as saying that he needs to decide if “I want to be here or redshirt.”

King mentions “a bunch of other guys as well” will redshirt.

While his father says he's leaving @UHCougarFB, QB D'Eriq King says his decision is not final: "I've got to go talk to Coach Holgorsen. It's not just me redshirting. It's a bunch of other guys as well." (Asked when he'll make a final decision) "Today, after 5. It's not final." pic.twitter.com/Z6rrcpJE67

4:19 – Duarte reports that D’Eriq King intends to remain in the program.

JUST IN: Quarterback D’Eriq King plans to redshirt this season and return to University of Houston in 2020, a person close to program tells @HoustonChron pic.twitter.com/ljKXS0Ud2z

From @UHCougarFB: QB D'Eriq King and WR Keith Corbin will redshirt for the 2019 season with the plan to return next year.

4:26 – UH emails a statement to members of the media saying King and Corbin

From @UHCougarFB: QB D'Eriq King and WR Keith Corbin will redshirt for the 2019 season with the plan to return next year. pic.twitter.com/dVVxhgScRk

UH schedules a press conference for 3:30 p.m. to address the situation. Dana Holgorsen, D’Eriq King, and Keith Corbin are scheduled to speak.

3:30 – Dana opens the press conference by saying he wasn’t ready to comment on the subject on Monday.

3:33 – Duarte confirms that Clayton Tune will start Saturday vs. UNT.

3:33 – Dana says Corbin and King will be involved in the team going forward including meetings and, as for King, as an “awesome sounding board for Clayton Tune.”

3:33 – Brian T. Smith uploads video of Dana saying that he spoke to King and Corbin over the weekend then clarifies that it happened Friday:

3:34 – When asked about people saying they’ve written off the season, Dana says that he “can’t wrap my mind around that.” (Youtube)

3:35 – “We’re not currently in a very good spot” when it comes to competing for championships, Dana says. (Youtube)

3:41 – “I’m not recruiting a transfer because he’s in our program,” Dana says of Clayton Tune.

3:41 – Asked if there’s any concern that another school might “get in (King’s) ear to draw him away,” Dana chuckles and says, “yeah.”

He continues: “He’s a special player and there’s a lot of coaches out there that cheat.” He goes on “All indications are he’s not going in the transfer portal.” (Youtube)

3:43 – Dana on who initiated the conversation: “D’Eriq was pretty upset after the game. So I brought him in first thing on Friday morning and we talked. I presented every option that was available out there.”

3:46 – King says reports of him leaving were fake news.

King: “I’m here.”
Said reports that his he was going to leave UH were fake news.

4:37 – Mark Berman uploads video of AD Chris Pezman warning other schools to not attempt to recruit Corbin or King or they will face the consequences.

Chris Pezman, @UHCougarFB VP/athletics, on if UH hears of anyone trying to recruit QB @DeriqKing_ and WR Keith Corbin: “It is against NCAA rules to reach out to those kids. They’re not in the transfer portal and we”ll be very aggressive with anybody that does.” pic.twitter.com/bR51B4lvKl

Clayton Tune leads the Cougars to a 46-25 win over UNT in Denton. Tune is hurt late in the game on a 55-yard run.

Early in the bye week

Offensive lineman Justin Murphy physically confronts King over the redshirting decision. At least one player described it as a fight. Murphy is suspended.

In a somewhat-misleading tweetstorm, Justin Murphy announces that he is leaving the program.

My name is Justin Murphy. And according to sources I am no longer apart of the 2019 Houston Cougar Football Senior Class. A senior class that is the first group to experience a head coach and administration to actively tank a football season. (THREAD)

King applies for post-baccalaurate studies at UH. His intention is to do online-only classes.

D’Eriq King removes himself from a team-wide group-text that he leads. He assigned another player to lead it.

Under the cover of the national championship game, or perhaps using the game to amplify his decision and get more publicity, King announces that he has entered the transfer portal.

I’ve entered the portal I think it’s best for me and my family!

Less than 20 minutes later, Dana Holgorsen signals that he has moved on:

D’Eriq King travels to Miami to visit The U.

A day after news broke that he’d committed to Miami, King makes it public. 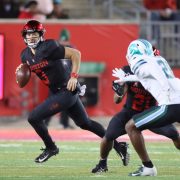 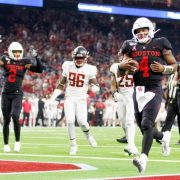 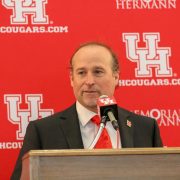