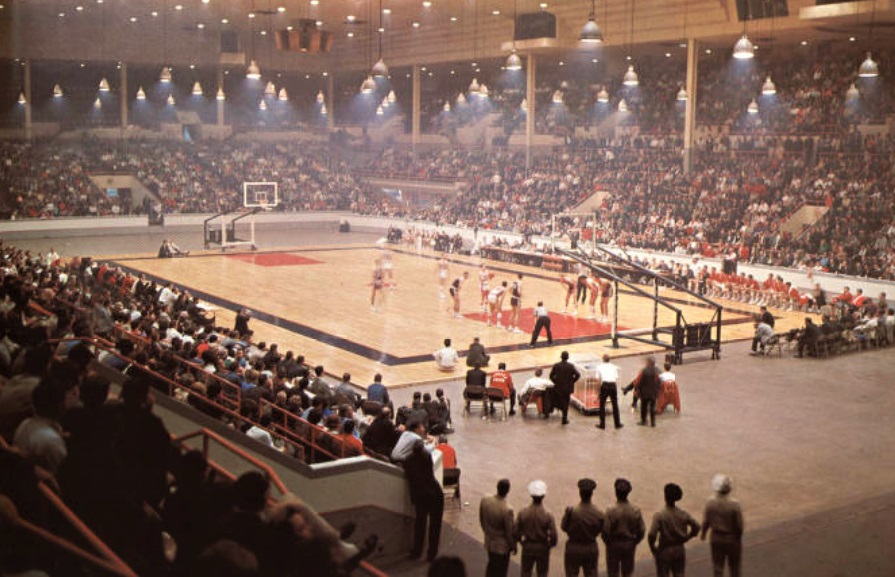 On this day in 1980, the Cougars lost a road game to Texas A&M, 92-79. It was the most points given up all season by the Aggies. They went on to win the SWC title and the SWC Postseason Classic.

That game is noteworthy because of the date it happened: January 28th. For whatever reason, UH has been pretty good on this day: the Coogs are 19-4 on 1/28 since 1950. The two schools that took the L on January 28th more than any other the most are the Aggies (4) and the Baylor Bears (3). Combined, UH is 7-1 all-time against the two schools on this date.

So 40 years ago today is the only time either beat UH on January 28. Here are some of the best January 28th games against Baylor and A&M.

This was a big win for the Cougars at Sam Houston Coliseum. Jack Margenthaler scored 13 points in the 2nd half to help the Cougars score the upset. The Aggies were the defending SWC champions and the Cougars were playing with a limited Don Schverak, who had a broken hand but still played in spots. 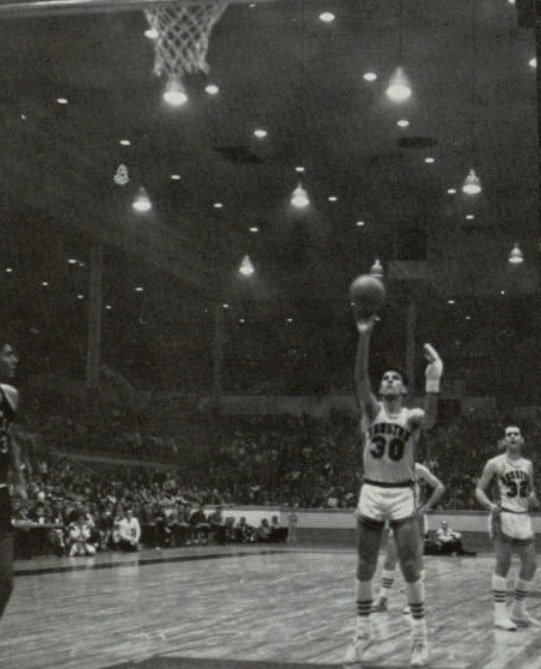 Donnie Schverak shooting a FT in 1964.

It was the third-straight time that the Cougars had beaten the Aggies in Houston after losing in College Station earlier in the season. It never stopped being fun. 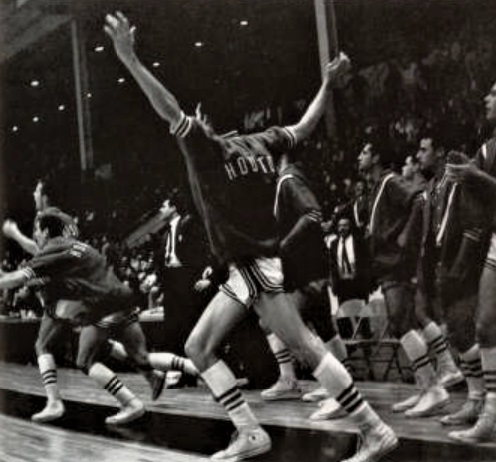 Cougars celebrate the revenge-game win over the Aggies. 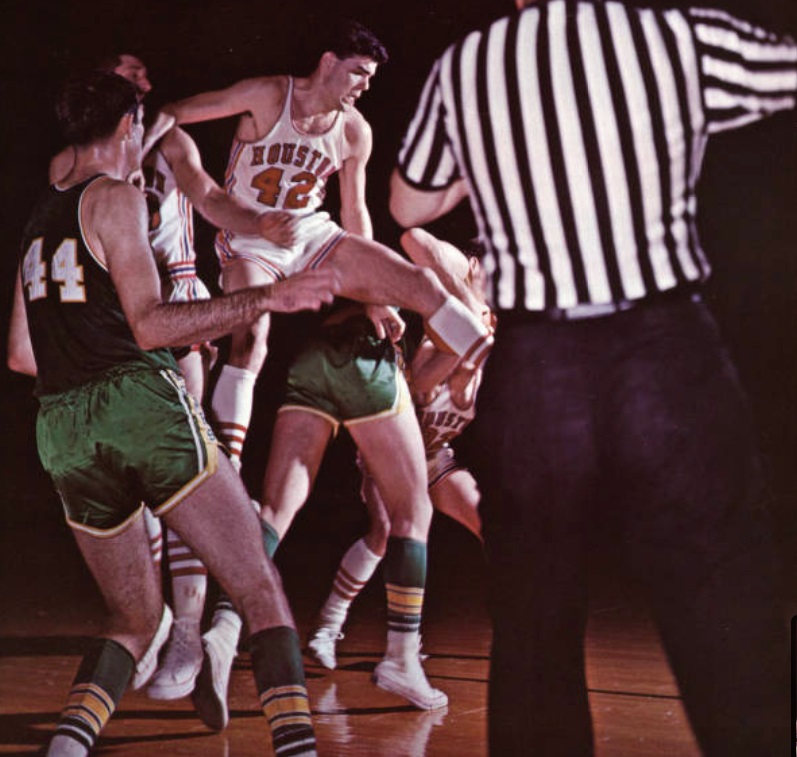 “I told the team that I thought we would receive an invitation to the National Collegiate Tournament if we could win at least 17 games.” – Guy V. Lewis after the 1964-65 season.

The most important was three-game stretch was in late January against TCU, Baylor, and Texas A&M at Delmar. But it wasn’t just three-straight games – it was 3 games in 3 days against SWC talent.

As he usually did, Guy V. got his guys up and won all three games. The closest of the three was the January 28 game vs. Baylor. The Cougars squeaked by and ended up in the NCAA Midwest Region in Lubbock.

There, the Coogs beat Notre Dame, 99-98, to avenge a 30-point thrashing from the Irish in early January. 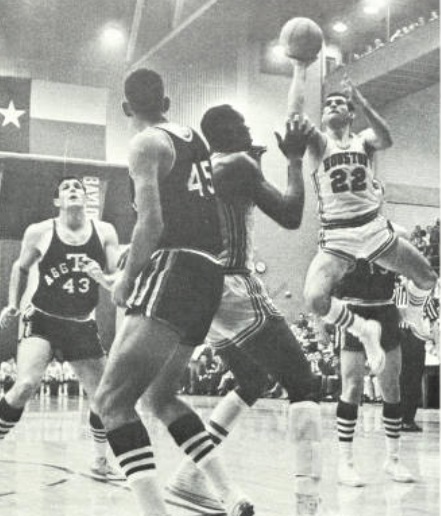 Beating the Ags had become routine by 1966.

In describing this game, The Houstonian yearbook called the Aggies the “perennial enemy.” With the win, UH had gone 7-5 against the Aggies in a five-year stretch. That’s why the Ags ended the home-and-home agreement. They would play the Coogs just 3 times over the next 9 years. 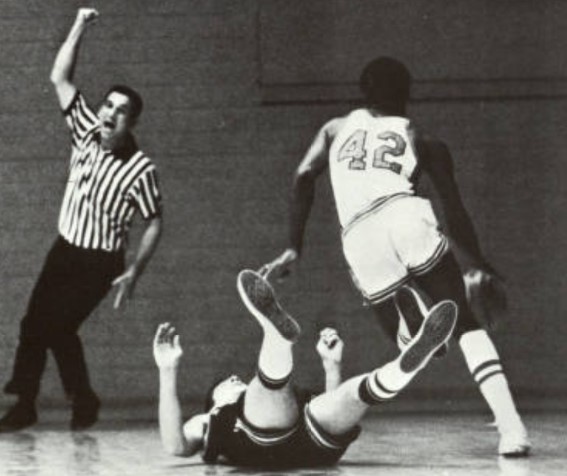 One of those 3 times was also on January 28, 1969. This time, the Cougars came into the game struggling. UH had been embarrassed by UCLA at Pauley Pavilion just 10 days before and had even lost to Centenary in Shreveport the previous weekend.

One again, the Aggies came through for Cougar fans. The Aggie game was the start of UH’s best week of the season: a blowout win over A&M followed by an upset of Notre Dame at the Astrodome.

Rob Williams vs Aggies in 1981

It took 12 more years for another 1/28 encounter, but the Aggies and Coogs met again on this date. Freshman Clyde Drexler had his coming out party against the Aggies. He scored 18 points, pulled down 15 rebounds, and had 7 assists in the game. He would go on to be named SWC Newcomer of the Year.

A few other wins for the Coogs on this day:

1957: It was the second win of the year over MVC rival Drake, this one coming at Jeppesen Field House. 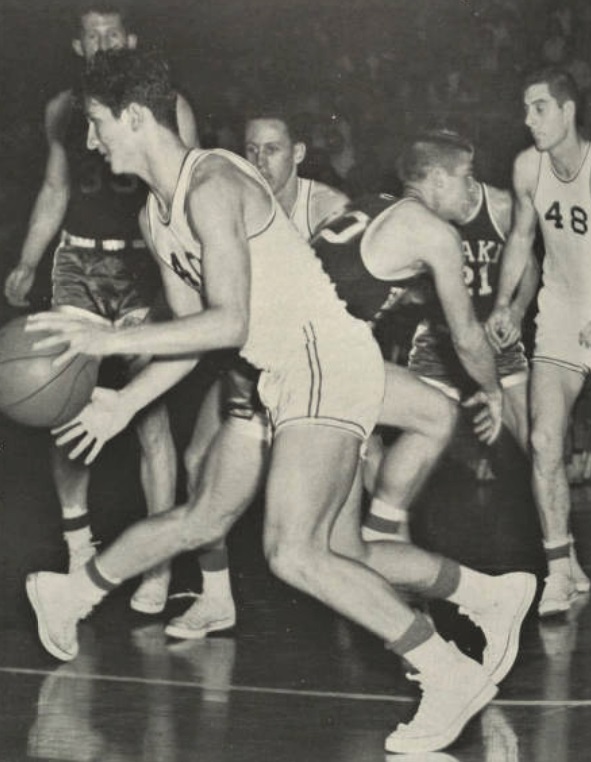 Cougars in white against Drake 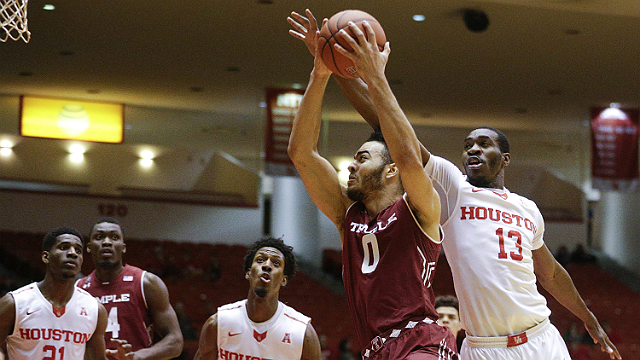 Bertand Nkali gets the block in 2017 over Temple. 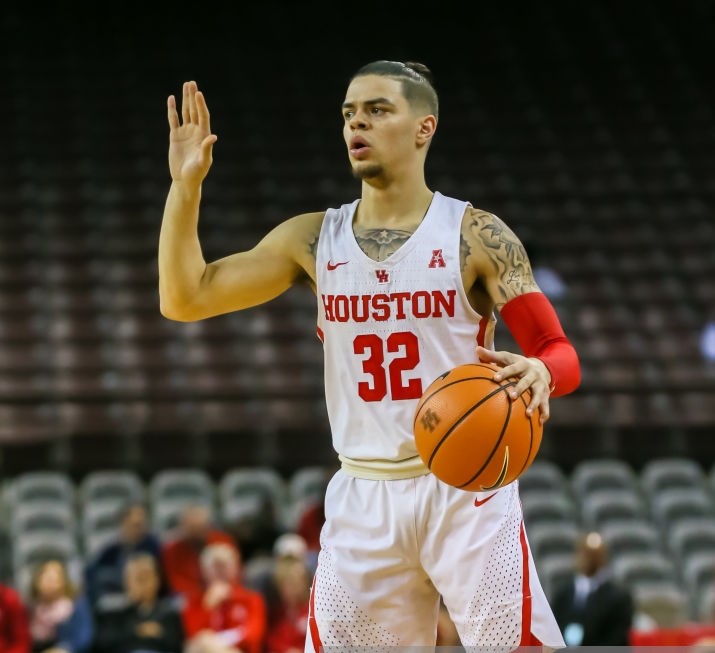 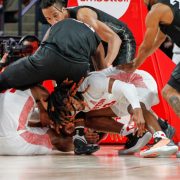 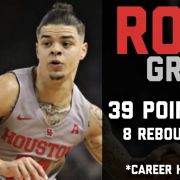 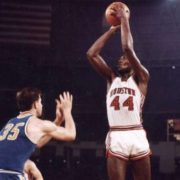 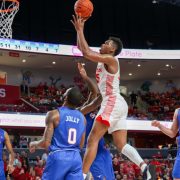