The difference is staggering.

Everyone that’s paying attention to UH football knows the offense looks nothing like the mess we saw in 2017. But when it’s directly compared to last season it looks even more ridiculous.

Major Applewhite’s hire of Kendal Briles will go down as the best personnel decision he ever made at Houston. It also shows how bad of a hire he made last year when he brought in Brian Johnson.

Here’s a look at how the 2018 offense stacks up across the nation as well as against the 2017 Coogs:

The Cougars have scored 209 points in the first 4 games this season. It took until the 4th quarter of the 8th game last year to get to 209 points. 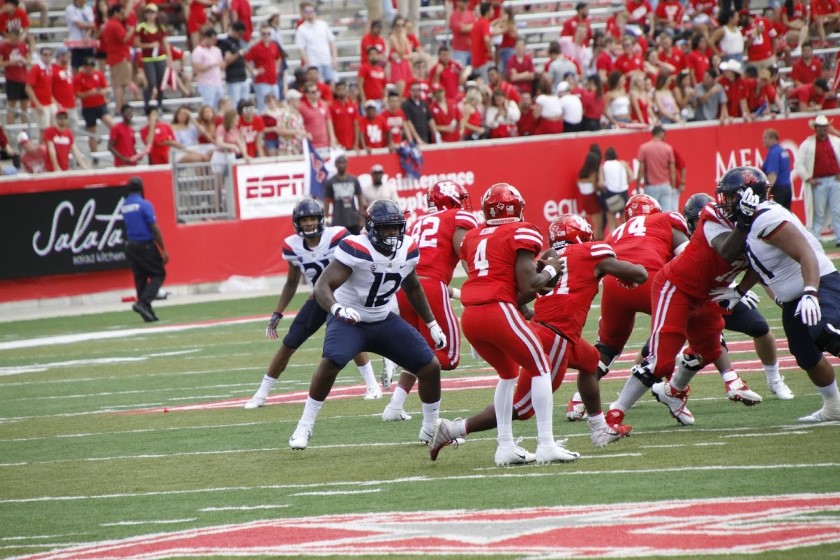 UH has had 550+ yards of offense in all 4 games this season. The Coogs are the only team in the country to accomplish this feat.

Through 4 games, UH has 2434 total yards. It took 6 games to accomplish that total last year.

Here’s how the UH offense looks in the national rankings compared to 2017. 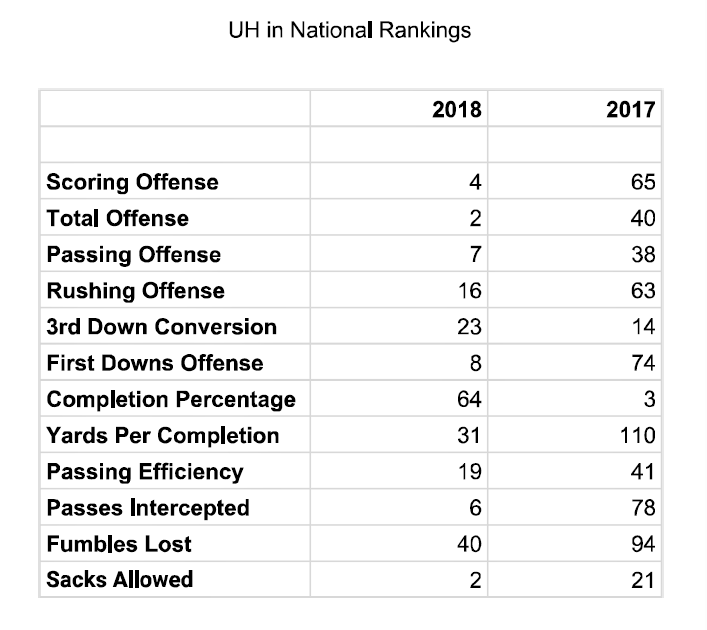 Everything Kendal Briles has touched this season has turned to gold. It makes you wonder what Applewhite was doing a year ago when he hired Brian Johnson and allowed the implementation of such a terrible offense.