Home
By The Numbers
28: The UH Defense’s Magic Number

Once again, GoCoogs was able to break the news about one of our coordinators. This time, we told you that Kendal Briles was signing an extension to stay at UH and getting a raise. We’re not in the news-breaking business but we’re glad our trusted sources came through once again. 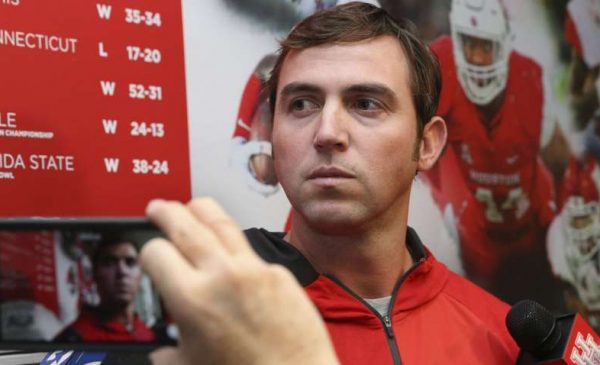 As I tweeted Wednesday morning, I think Kendal will still listen to offers. And if the perfect situation comes along, no one can fault him for taking it. But for the time being, we are set at OC.

Thanks to Kendal, Major Applewhite avoided some big philosophical questions about his program and his own future. Now, he has one focus: find a defensive coordinator that can coexist and complement the Briles offense. Sadly, I don’t think it’s as easy as it sounds.

Almost everyone I talk to has a favorite to be UH’s new defensive coordinator. I’ve seen coaches mentioned from UAB to Wyoming, USC to the FCS. Personally, I don’t have a favorite. I have an idea of what I want from a coach but I haven’t zeroed in on who I think should be the guy.

But that leads me to the magic number. For over a decade, I’ve been keeping track of a pretty simple stat that, in some ways, is quite profound: what’s our record when we hold the other team to 28 or fewer points.

I told you it was pretty simple.

With the explosive UH offenses in the current era – from Briles coming here in 2003 to Holgorsen to Kingsbury to the younger Briles – we’ve been able to put enough points on the board to stay in most games.

That’s why 28 is the magic number.

NEW! 30% Off A GoCoogs Subscription Until We Find A DC.

Go deeper: After Tony switched QBs in the middle of 2014, he went 5-0 when the defense held the opponent under 28.

Arguably our best three teams in that span have combined to go 28-2 when they hold teams under 28. Those teams held opponents to 28 or fewer in 71% of games. Magic!

Obviously, the less a team scores the more likely you are to win. That’s not rocket science. But we’ve shown we don’t need to pitch shutouts – we just have to keep ’em under 28. 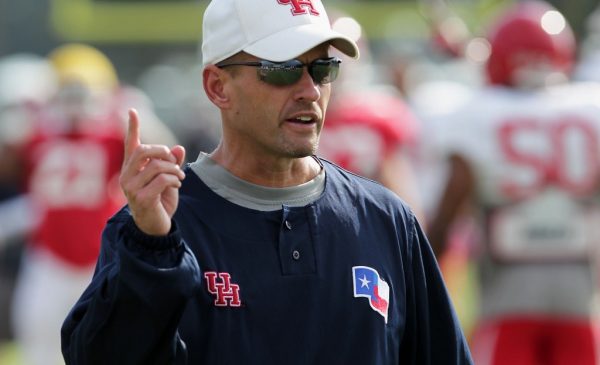 So while on the subject … the two names I hear most often for the DC job are Phil Bennett and David Gibbs. Art Briles hired Bennett in 2011 to firm up his defense and hold teams under 30. And it worked.

In 78 total games during Bennett’s tenure, Baylor was 36-3 when they kept the opponent to 28 or less. Meaning he held opponents to 28 or less exactly 50% of the time.

We can win a lot of games with a DC that understands this and can put a defense on the field that can accomplish it.

30% OFF A GOCOOGS SUBSCRIPTION UNTIL WE FIND A NEW DC!

It’s a fact: GoCoogs Insider produces more UH Athletics content than any other source. But our value isn’t just in the number of stories – it’s the depth with which we cover the Coogs.

An Insider subscription delivers premium HOUSTON COUGARS content plus our members-only message board, The Veer. Become part of the fastest-growing Cougar Community by joining Insider!

Get 30% Off An Annual Subscription:

Our regular subscription plans are still available: $8.99 for month-to-month or $29.99 for a year for UH students and staff. To see all options, check out our subscriptions page.

Major Applewhite: At A Crossroads