Mike Burchett was quietly introduced as an offensive analyst for the Cougars late last week. He comes to Houston after a one-year stint as offensive coordinator at Fordham. More importantly, Burchett’s history with Dana Holgorsen goes back 8 years as a player, graduate assistant, and an analyst.

In the offensive analyst role, Burchett will not be an ordinary low-level support staffer. Instead, he will be involved in game-planning and will serve as an extension of the brain trust on the offensive side of the ball.

Burchett’s history with Dana Holgorsen goes back 8 years as a player, graduate assistant, and an analyst.

The analyst role is suited for film and stat junkies. The job requires an ability to identify patterns and opponent tendencies. How does a defense usually set up on 3rd and 3? What sets do they run on first down in the red zone? How many different blitzes have they shown on the plus-side of the field this season?

“He’s a smart guy. He came to West Virginia and wanted to be an engineer,” Holgorsen said when Burchett was first hired. “He started playing quarterback and quickly figured out he wanted to be a coach.” 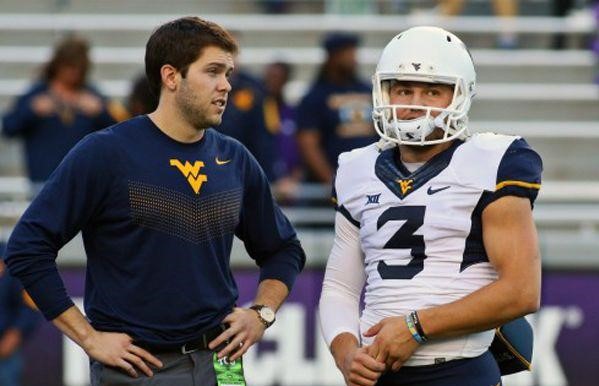 Burchett stated his career as a preferred walk-on QB at Kentucky in 2010. He then transferred to WVU and was the back-up QB during the 2011 the Orange Bowl championship season (Dana’s first season) and in 2012. At WVU, Burchett was also coached by new UH offensive assistant Shannon Dawson. Dawson was WR coach during Burchett’s first year and OC in his second.

After two seasons at WVU, Burchett transferred back to Kentucky to finish his degree and work as a student assistant and then a GA under OC Neal Brown. When Brown left, Dawson was hired as Kentucky’s offensive coordinator in 2015 and tried to keep Burchett as a GA. Burchett chose to head back to West Virginia where he was a GA for two seasons and an offensive analyst in 2017.

As a GA in Morgantown, he was responsible for working with WVU’s quarterbacks. He assisted in developing the passing plan for games and conducted drills and meetings with the QBs. Holgorsen served as his own OC and QB coach but depended heavily on Burchett. He was the QB coach but without the title.

“He’s a bright, bright young coach and he’ll be leaned on to drill the quarterbacks, which he does a great job with,” Holgorsen relayed to the Register-Herald in 2015.

“He’ll be in charge of organizing the scripts. Game day he’ll be upstairs, which is the same thing I did for Mike Leach for years.”

As an offensive analyst in 2017, Burchett self-scouted the Mountaineer offense looking for ways that opposing defensive coordinators would attack it. He also put together scouting reports on opponents, charted offensive stats in practices, and helped with on-campus recruiting. I’d expect his role at Houston to look very similar.

Burchett spent last season in the Bronx as Fordham’s OC and QB coach. The Rams led the Patriot League in passing offense despite struggling with a 2-9 record. Here’s Burchett discussing Fordham’s offense during their 2018 spring camp:

Dana Holgorsen has helped mold Burchett’s young career, treating him as a coach during his playing days, working to get him the student assistant role at Kentucky, and then bringing him back to Morgantown. Now, he’s able to pluck Burchett from an FCS coordinator job to add him as another set of eyes on the offense.

UH’s commitment to fund the football staff at record levels allowed Dana to hire an experienced coach that won’t count against UH’s 10 on-field assistants. It’s another indicator of how much importance Dana places on the QB position: Burchett is now the fourth UH staffer that has coached QBs in the last few seasons.

What did you think of this profile?
[ratings]

Subscribe to GoCoogs.com to gain access to our premium, year-round HOUSTON COUGAR coverage. And now you can get a subscription to GoCoogs for just $49.99 for the first year – that’s $30 off our regular price!

The Story of Brian Early And His Son Dre