The Cougars did not play their best game of the year Wednesday night – far from it – but had enough to beat a solid SMU team. UH is now 43 in the NET: 1-1 vs. Q1 and 3-2 against Q2. Washington slipped from 50 to 52 in the new NET which moved UH’s neutral-court win over the Huskies into the 2nd quadrant.

Fabian White took the 2nd three-point attempt of his college career (first: at OkSt in December 2018). He’s missed both.

In the second half, White made all five of his FT attempts and had 5 offensive rebounds. He was 4/7 from the floor in the period as well.

SMU had just 8 turnovers on the night – 6 were due to UH steals.

The four players that disappeared in the Tulsa game (Gresham, Grimes, Hinton, and White) showed up in a big way Wednesday. After going 2/17 against Tulsa, Grimes, White, and Hinton combined to go 13/28 vs. SMU. Gresham didn’t attempt a shot in 10 minutes on the floor.

Sampson played with a new starting lineup. White, Harris, Sasser, Jarreau, and Hinton started and stayed together until the under-16 timeout. That lineup had been on the court less than 1% of the time in the last 10 games. Sampson said after the game that they were the best in practice this week.

Nate Hinton had four turnovers, tying the most of his career.

Nate Hinton is 24th in total rebounds in the country. He’s still a 6’5″ guard.

Chris Harris ranks 30th in the country in blocks at 37. But Harris has been much more effective than 30th best.

Harris has only played 277 minutes – just 40% of the minutes played by the nation’s block leader, FIU’s Osasumwen Osaghae. 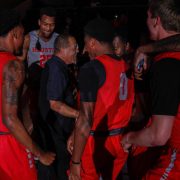 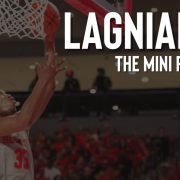 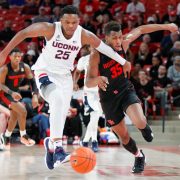 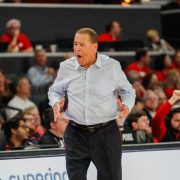