Yahoo’s Pete Thamel wrote a scathing piece on the UH/Major Applewhite situation. Thamel used a single, anonymous Big 12 source (read: Tom Herman) to trash UH and to state that the school would never get into the Big 12 based on the treatment of Major Applewhite.

Part of that could be a legitimate topic from many sources but not from Pete Thamel. Thamel, like many other national writers, has become a mouthpiece for certain coaches and ADs that spoon feed him info.

He’s also not above becoming part of the story: you may recall that it was Thamel that broke the news about Todd Orlando leaving for UT just as the UH’s 2016 bowl game kicked off. 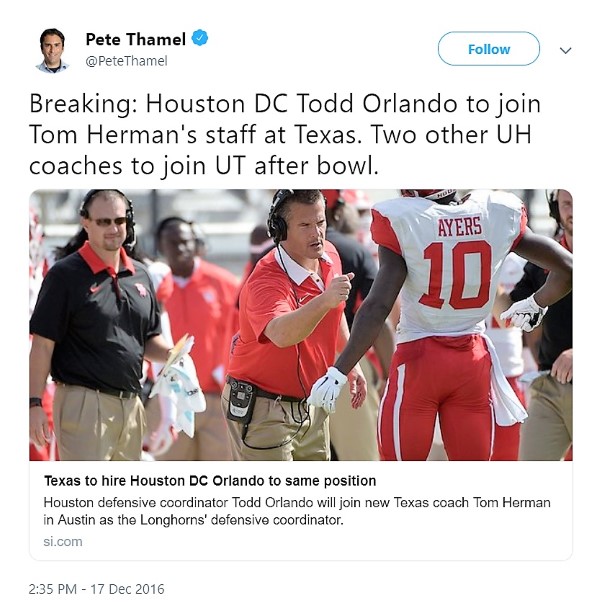 Thamel obviously agreed to send the tweet at the exact time UH kicked off in order to make Herman and Texas the story during the broadcast. A lot of writers are willing to carry water for coaches that feed them breaking news or provide blind quotes. It’s what writers do. It’s just a fact of life that we, as consumers, have to keep in mind.

Here’s the blind quote from Thamel’s article regarding UH and the Big 12:

“The actions Houston is taking will not help in any way position Houston for the future. In fact, just the opposite. Today and the way this was handled only reeks of desperation. Obviously there was no studying of those who built programs for the future the right way.” – Anonymous Big 12 source

There’s no doubt in my mind that this “source” is Tom Herman, taking up for his friend and former assistant Major Applewhite. Who else in the Big 12 would care about “the actions Houston is taking” or try to equate making a coaching change with entry into the league? Thamel was happy to add the non sequitur because he is Herman’s guy.

Here’s just a few of Thamel’s fawning pieces on Herman in the last 3 years:

– Herman has spent the past 20 months at Houston with a simple goal: Change the world.

– This program is broken, and we need a CEO to fix it.

– Herman challenged the culture at Houston

With that said, Steven Godfrey is a writer for SBNation. It was Godfrey that profiled Tilman Fertitta in October, spending several days with the chair of the UH Board of Regents. And it was Godfrey that broke the news last Saturday that UH was considering a move on Major.

So it should be no surprise that, while Football Scoop broke the news Saturday about Major potentially being out within 24 hours, it was Godfrey that provided the meat.

“The coach has been in limbo following the Cougars’ 70-14 blowout loss to Army in the Armed Forces Bowl Dec. 23, as Applewhite has sought to confirm contracts for new assistant coaches with no response from UH decision makers.

It could be said that Godfrey is Tilman Fertitta’s guy.

Dana Holgorsen: The elephant in the room

If Dana wanted to buyout of his contract he can do that for $2.5 million. On Tuesday, that amount is lowered to $1,000,000. A provision in his contract allows a third-party to pay the buyout for him. 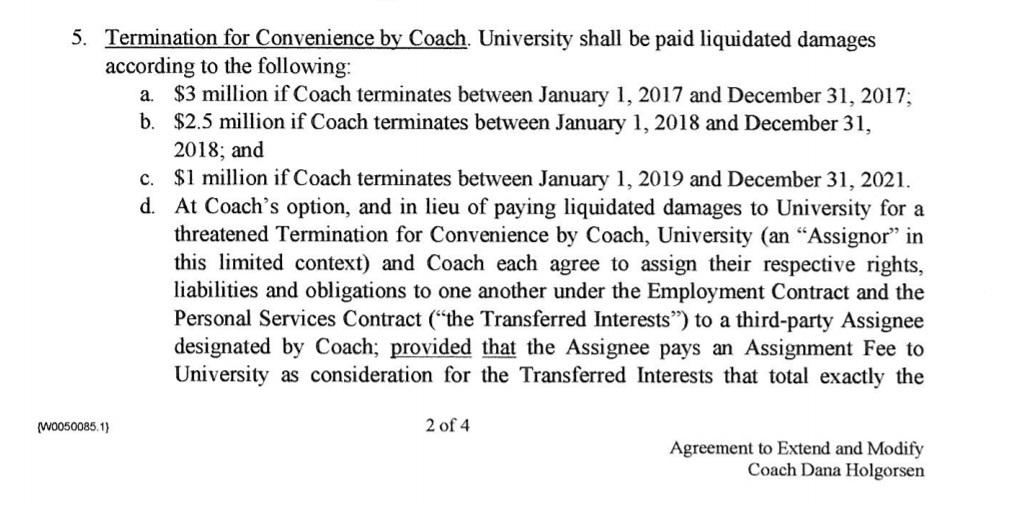 In his article yesterday, Thamel opined that “in classic amateur Houston fashion, they’d long decided this was the course of action but wanted to wait for Holgorsen’s buyout to decrease on Dec. 31 from $2.5 million to $1 million.”

I don’t think it’s that way at all. First off, Dana wasn’t leaving WVU before their game vs. Syracuse in the Camping World Bowl (which happened Friday). And UH’s actions in the last month (firing D’Onofrio, extending Briles & Clements to match Major’s contract length, paying for coaches to fly in to interview for the DC job) suggest that UH leadership really had no plan to let Major go.

Only since the bowl disaster has there been any hint of a change from UH leaders. In fact, UH has been strangely silent since Pez’s odd statement the night of the Armed Forces Bowl. 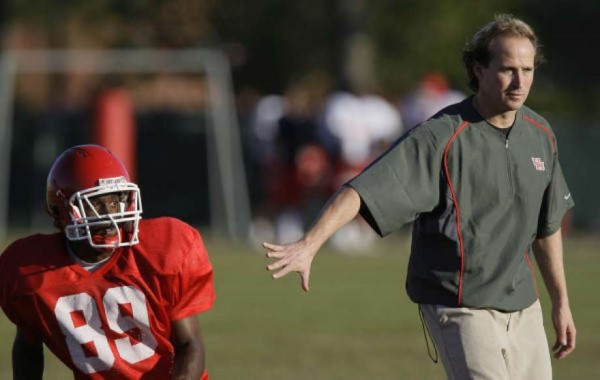 If Dana were interested in the UH job then it’s pretty clear that nothing would happen until after WVU’s bowl, meaning that the very earliest UH could have made a move was Saturday. If that’s the case, and we’re prepared to offer $4 million a year (rumored), why wouldn’t you wait 3 days to announce it and save 38% of his first-year salary? That’s the easiest decision in all of this.

Thamel’s hit piece was an orchestrated attempt to mock UH and paint the school in the worst light. There are issues with how this process has gone but none of them are reflected in the Yahoo article. UH would have looked idiotic had the school tried to make a move on Dana Holgorsen before WVU’s bowl. Thamel’s argument boils down to schools like UH need to accept their place in the food chain.

It is very encouraging that UH brass are willing to acknowledge that they goofed in hiring Applewhite and that a change needs to be made. A willingness to be bold and to go after Dana Holgorsen is just a cherry on the cake.

What did you think of this article?
[ratings]

Help us to continue producing great Cougar content by subscribing to GoCoogs Insider. With Insider, you’ll get access to quality, year-round UH Cougars coverage. And right now, you can get a subscription for 30% off our regular price for the first year!

Or you can subscribe on a monthly-basis for $8.99/month.

State of the Program: Major Problems