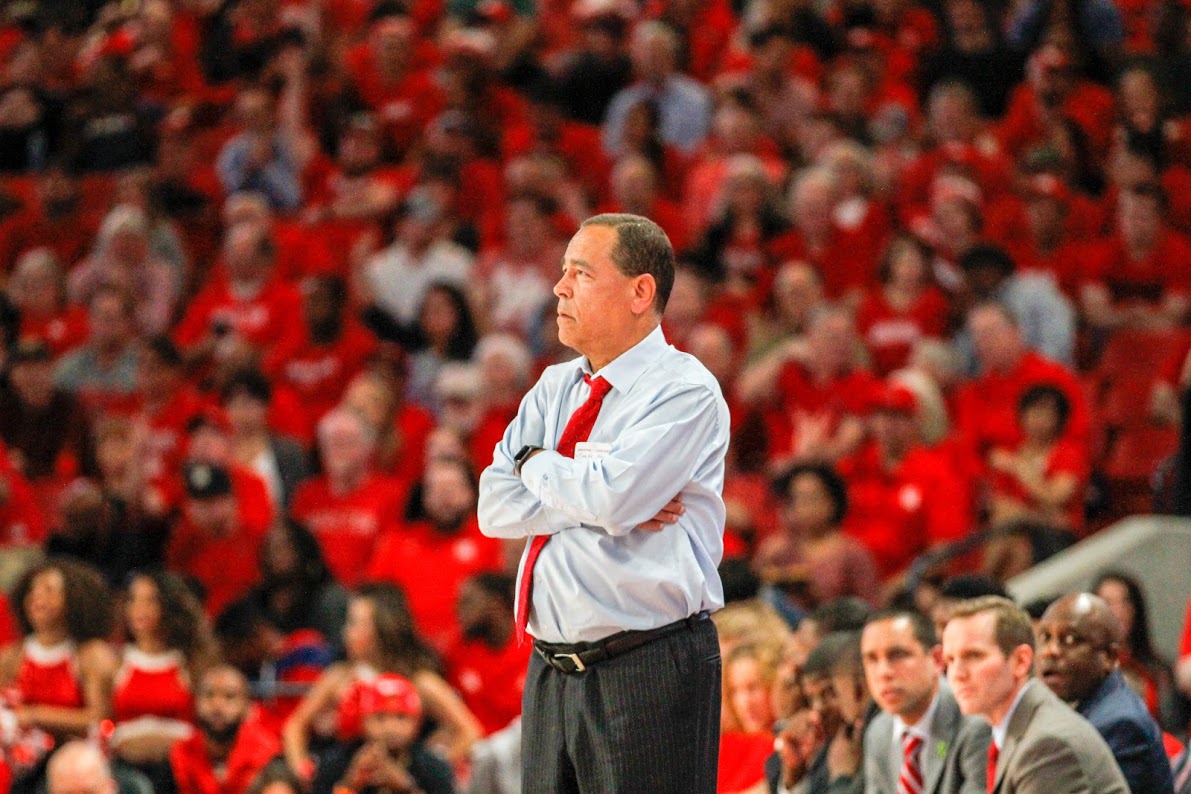 The UH basketball program is in the hands of Kelvin Sampson for the long haul. Kelvin has signed his new contract to remain at UH for the next 6 years. The deal will provide more money for recruiting, more for assistant coaches and support staff, and is expected to include a sizable buyout that gives UH security going forward.

GoCoogs.com will have more on Kelvin’s new contract in the coming days.

The deal also makes Kellen Sampson Head Coach In Waiting (HCIW), a clause Kelvin has insisted on for some time. While the idea of making Kelvin’s son HCIW is an issue for some fans and boosters, it is a no-brainer in order to continue the upward trajectory that Cougar basketball is on.

The alternative is to start over and to chance going back to where we were under the last 5 coaches: complete irrelevance.

Kelvin Sampson came to the University of Houston to clean up a mess. Over two decades of dereliction had left the program and Hofheinz Pavilion beyond repair. With no investment from the school, or by the fans, the program drifted from one pitiful saga to the next.

Cougar basketball had become virtually non-existent in this city.

“The apathy was everywhere,” Sampson said to the Chronicle in December. “It was a disease here. Nobody cared about basketball.” 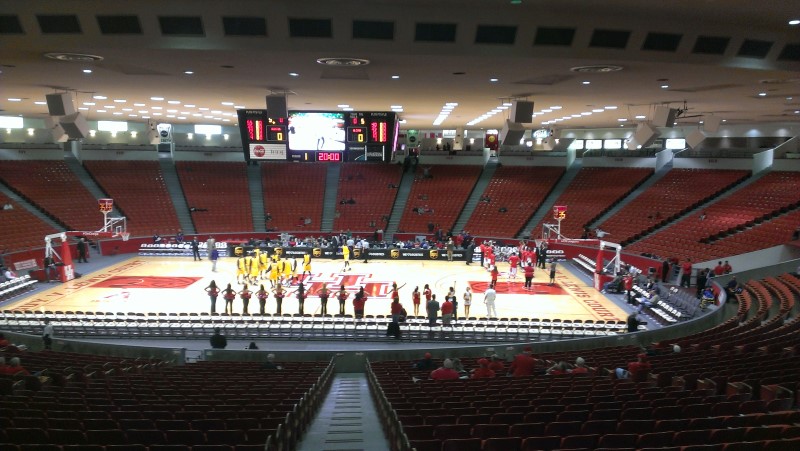 It was a harsh but accurate assessment. UH hopped from one bad coach to another looking for someone that could pull a rabbit out of a hat. But the rabbit never came: after Pat Foster left in 1993, UH won 11 or fewer games nine times in the next 11 seasons.

By that point, all that had ever been built was gone. The winning tradition, the fan base, and the facilities. Even the school’s leadership had a defeated attitude.

When attempting to woo Tom Penders in 2004, then-AD Dave Maggard told him flatly that UH “did not have the facilities or the money to be competitive in Conference USA.” Penders took the job anyways and won a bunch of games mainly against a weak schedule. And why should he have scheduled differently? Then-president Jay Gogue laughed at Penders and mockingly said, “What, you think you can win 15 games here?”

Before Penders and the 2010 team made a surprise run to the NCAA Tournament, the decision had been made to let him go. James Dickey was found – he’d been out of coaching for two years – following a decade where he searched for an AD to make him a head coach.

“What, you think you can win 15 games here?” – President Jay Gogue

Dickey was once described by the Houston Press as “exciting as a dinner date at McDonald’s.” He won a lot of non-conference games against weak opponents but never finished better than 6th in C-USA or in his one season in the American.

It was late in Dickey’s final season that the ball finally started rolling for UH. In February 2014, the board of regents approved $20 million for a basketball practice facility. And the school finally acknowledged that Hofheinz had to be replaced, too. A month later, Dickey was let go and Kelvin Sampson was hired.

When he was hired, Sampson knew the UH program was struggling but even he now acknowledges that it had fallen further than he had imagined. The players were soft and weren’t interested in the intense, no-nonsense new coach. Only 5 players stayed from Dickey’s last team but that wasn’t his main problem.

“This was the hardest resuscitation (of my career) because of the facilities and the apathy,” Sampson said.

Looking back, the situation was much worse than it seemed at the time: a few hundred fans would show up 16-18 times a year in one of the worst arenas in the country. Because of the program’s decades-long erosion, it was difficult for hardcore fans to realize how abnormal the situation had become.

In Sampson’s first year, the announced average attendance (2,635) was the lowest in school history. Those were the tickets accounted for – including students – which is a wildly inflated number. Most nights, you could count the total attendance during a 30-second timeout.

Sampson’s first team endured two long losing streaks. By the time March rolled around, the Cougars had lost 14 of 16. But then something funny happened: the team started to improve. The team won four in a row before bowing out in the second round of the AAC Tournament. It was progress.

Most nights, you could count the total attendance during a 30-second timeout.

But while the Cougars struggled in Sampson’s first season, but the groundwork was being laid. Three days before Sampson’s first home game at Hofheinz, he picked up an era-defining win. The point guard at Westbury Christian agreed to come play for him. 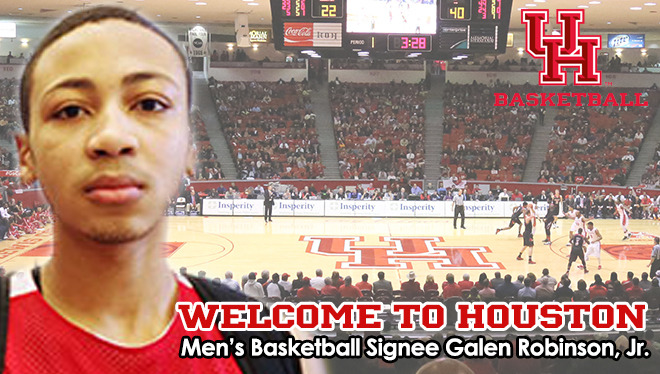 In the press release announcing Robinson’s signing, Sampson said, “if I had to describe Galen in one word, I would say winner. We are getting the total package. He is a leader.”

Over the next four years, Galen became the cog in the Cougar Renaissance – leading the team to 103 victories including 3 in the NCAA Tournament. He will forever be the most important recruit of Kelvin’s tenure – without Galen Robinson, it’s possible that none of this happens.

“If I had to describe Galen in one word, I would say winner. We are getting the total package. He is a leader.” – Kelvin Sampson

In year 2 and 3, Sampson guided the program to 20-win seasons each with 12 conference wins (the most since 1990). Both ended in the NIT but it was clear that the next step, both on the court and off, was coming.

After years of planning and fundraising, Hofheinz was finally set for renovation. The home of Birdsong, Drexler and Akeem was gone for good. The Fertitta Center would be born its place. 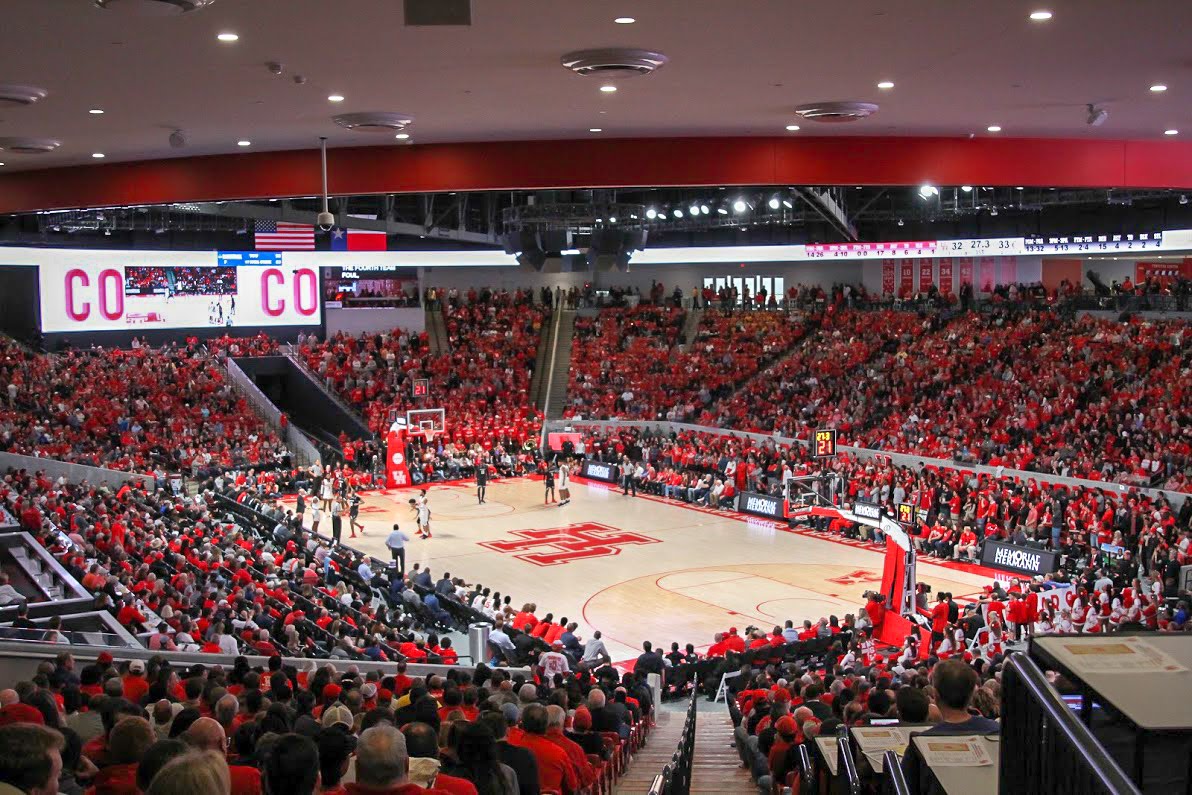 But the more immediate breakthrough came during Sampson’s 4th year. The Coogs shocked #4 Wichita State at H&PE Arena on January 20th. Coincidentally, the game was played on the day of the 50th anniversary of the Game of the Century.

That Cougar team continued to improve and was awarded a six-seed in the NCAA Tournament. The Cougars beat SDSU in the first round – UH’s first NCAA Tournament win since 1984. Two days later, UH suffered a heartbreaking loss to Michigan but that couldn’t erase the historic win for the program.

This season, the Fertitta Center opened to rave reviews. The Cougars scored big home wins over NCAA Tournament teams Oregon, LSU, SLU, Utah State, Temple, and Cincinnati. UH ended the season with the school’s first regular season conference title since 1993 and the first trip to the Sweet 16 since 1984.

Since that breakthrough game against Wichita State in 2018, the Cougars are 46-8 (.852) with half of those losses against top-10 teams.

In 5 years with Sampson at the helm, the results speak for themselves. A program once left for dead boasts an incredible practice facility, a sparkling new arena, an AAC regular season title, and 3 NCAA Tournament wins in the last two seasons. It also has its savior for 6 more years.

Cougar basketball is back.

Subscribe to GoCoogs.com to gain access to our premium, year-round UH coverage. And now you can get a subscription to GoCoogs for just $47.99 for the first year – that’s 40% off our regular price! 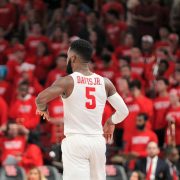 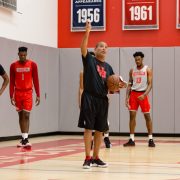 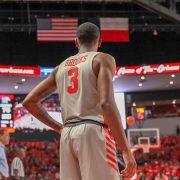 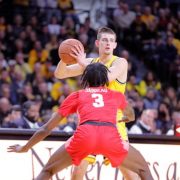