Home
2019 Opponents
Tulane Game
Ugly Is The Only Description 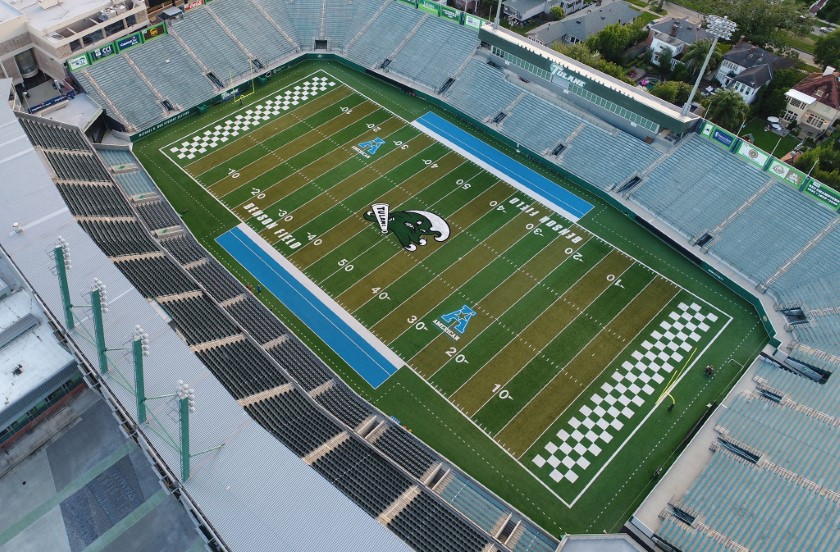 There’s no other way to say it, is there? That was ugly. In the first quarter, I thought maybe we’d turned a corner. Some genius play-calls and sound execution made me believe that things were starting to click. Then the Coogs score again to make it 28-7 and, while the 3rd quarter woes are in the back of your mind, you’re feeling pretty confident, right?

Yesterday, I wrote about my worries for this game and unfortunately, it played out exactly the way I feared. Tulane limited the Cougars to 4 drives in the second half. They ran long drives and kept the defense out there for extended periods. And we were dreadful offensively in the second half.

In particular, the third quarter has been a killer for the Coogs. In every single game, we’ve come out of the half flat. Frankly, our third-quarters have been embarrassing football. And I don’t think anyone can pinpoint why.

Here’s what the offense has done in the 3rd quarter this year:

Shutout in the last two games in the 3rd. Ugly. Few first downs thanks, in part, to very few 3rd down conversions. Can’t run, can’t throw it, and our yards per play is mind-blowingly bad. The pass yards the last two weeks are crazy: how does that even happen?

That can’t *just* be defenses making the right adjustments. Something is changing in the UH lockerroom: strategy, mindset, fear, anxiety, whatever.

The 227 total yards in those four 3rd quarters is also shocking. If this were a game unto itself, 227 yards and 10 points would be among the worst offensive performances in the last 20 years for UH. How does it happen with an offensive guru and what has been a pretty good QB?

OU and Wazzu both took control of the game in the 3rd quarter. In that quarter, OU extended a halftime lead into a blowout but we ‘came back’ a little in the 4th to make it look respectable.

But numbers don’t lie: you’ve given up nearly 9.5 yards a play in the quarter – 27 first downs on 73 plays (37% of the time). And the Cougars have given up 10 ‘explosive’ plays that go for 20+ yards (including 3 on Thursday night). That absolutely cannot happen.