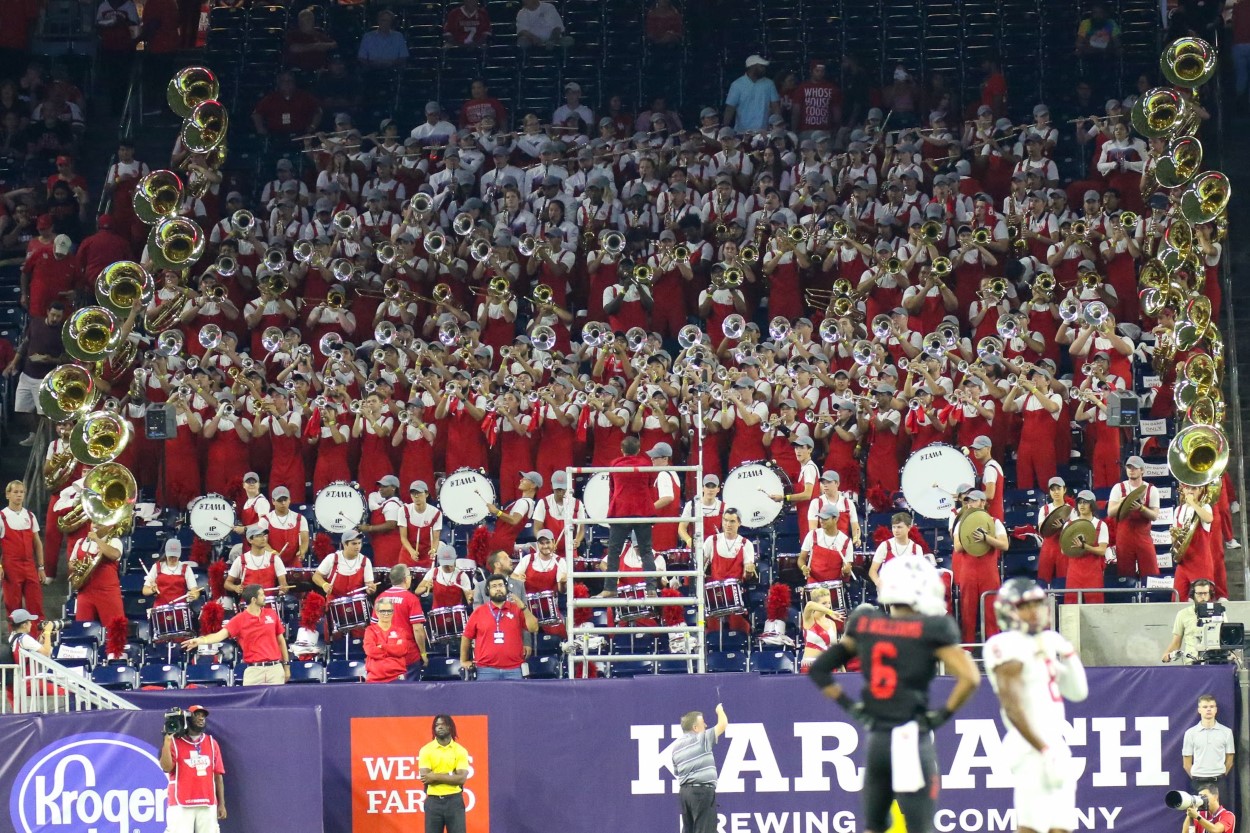 The Spirit of Houston at NRG / Photo by Mario Puente

This is the game I’ve been dreading since the 2019 schedules came out: Going to New Orleans on that short week could be the mother of all letdown games. Tulane has become a different program since hiring Willie Fritz. They are competitive and pesky.

This week, D’Eriq King talked about Wazzu’s 3 drives in the first half and UH’s 3 drives (3 plus a kneel down to end half). He compared it to playing Navy.

After Houston with three first-half possessions and Washington State with four, coach Dana Holgorsen said QB @DeriqKing_ made comment at halftime that it felt like Cougars were playing Navy

But just as much, it’s like playing Tulane. Tulane’s goal is to shorten the game, give you fewer chances to score and to force punts and turnovers.

Here’s the thing about Tulane: they know you have more talent and they probably know that you should never lose to them. Their goal is to force your more talented team to play their game. If you play their game, they have a good chance to beat you.

Tulane wants to run long drives, keeping your defense on the field for extended periods. They want to limit your possessions and they want you to press when you get the ball.

In the last four years, the under is 4-0 in Tulane games and is 5-1 in the last 6 meetings at Tulane (goes back to the 2005 gullywasher at Cajun Field in Lafayette). The ‘1’ in there is the 73-17 trouncing Case & Co put on them in 2011 after going scoreless in the first quarter. That means they’re doing a very good job of dictating the game – even when they lose.

Tulane has 22 losses in the Willie Fritz era (3+ years) but they’ve gotten better each season: 4 wins, then 5, then 7 in 2018 with a win in the Cure Bowl. They are also 6-1 in their last 7 home games. To compare, in the decade before Willie got to New Orleans, the Green Wave was 23-39 in home games. How does that happen?

In their first 3 seasons in the American, Tulane won 4 conference games (4-20) — and two of those wins were over UConn and another against the 0-12 UCF team from 2015. They were bottom of the barrel. But in the last two years, Willie is 8-8 in the conference. That’s real progress.

The Greenies have started a tradition in getting one big-time pelt on their wall each season. Last year, Memphis had just four drives in the 1st half – a TD on their first play and three punts. In seven of the next eight drives, Tulane forced either a punt, turnover on downs, or a safety.

Two years ago in New Orleans, we were their pelt. The Greenies beat UH 20-17 when UH had just 9 possessions in the game. Yeah, 9 possessions. In the last two years, Tulane has given up just 22 possessions to the Coogs.

Compare that to UH possessions in the 3 games before going to NOLA in 2017: 17 drives against Memphis, 16 against USF, and 13 against ECU: 46 total drives. Tulane shortened the game so much that they gave UH 40% less scoring opportunities.

And let’s not forget UH’s second-half struggles. In the last two weeks, the Coogs have been awful in the second half. They’ve been outscored 31-10 while “racking up” just 292 yards in those four quarters.

With UH trying to go slower this season as well, efficiency will be the name of the game. UH has been awful in passing efficiency this season (120th nationally). Can we run the ball to a win?

I’m worried about tonight. Are you?

Get more Houston Cougar analysis, news, film study, and more player insights when you become a member of GoCoogs.com!