Home
By The Numbers
Close Games Disappeared in 2018 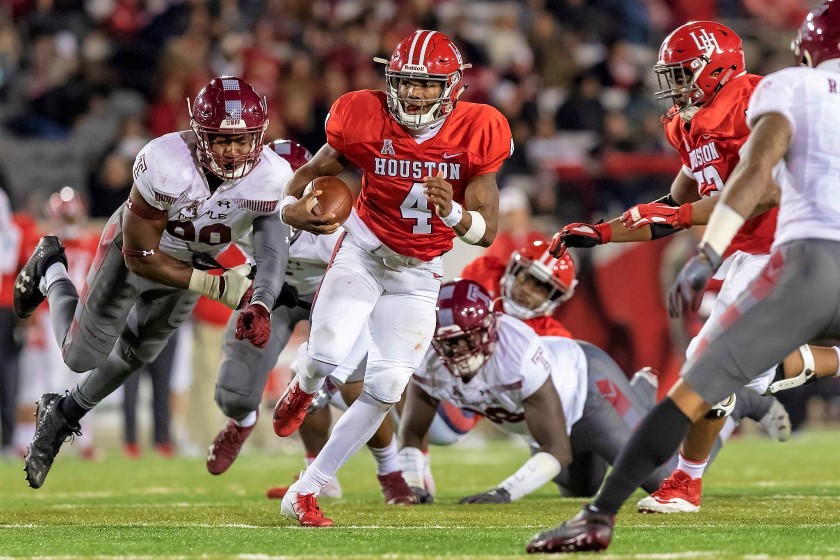 We are starting a new feature on GoCoogs.com entitled Nerd Out On Numbers (NOON). If you’re like me, you can’t get enough of the numbers tied to your favorite sports. You’ll see a lot of this feature come football season.

Looking back at 2018, one of the weirdest things about the weirdest season in memory is that UH never played a game closer than 13 points. Navy was a 13-point win while Tech and SMU were 14-point losses.

In fact, 2018 was the only season in school history that did not have a game decided by one score or less.

Thanks to Kendal Briles’ offense and D’Eriq King’s record-setting play, when the Cougars won, they won big. The average margin of victory was 25.4 points. But thanks to the disaster in the bowl game, the average loss was 22.2 ppg.

Overall, the average scoring margin last season was 24.2 points. A season of blowouts finished with the biggest 3 of all: firing D’Onofrio, the historic bowl disaster, and canning Major on the last weekend of the year.

2018 was the only season in school history that did not have a game decided by one score or less.

One-Score Games: Through The Years

Close games are typically pretty common for the Cougars. Since the end of the SWC, UH has played 93 one-score games (an average of 4.04 per season). The Coogs are 45-48 in those games.

Great QBs win one-score games, too: Case Keenum had 11 such wins – highlighted by the Texas Tech game and the Tulsa comeback in the 2009 season. UH had 4 close-wins in 2009 (Mississippi State and USM were the others).

Greg Ward, Jr. had 7 one-score wins in just 35 starts. In the 11 seasons since Keenum became the full-time starter, he and Ward combine for 17 of UH’s 21 one-score wins (one of Keenum’s close wins came in 2007 when he split time with Blake Joseph). 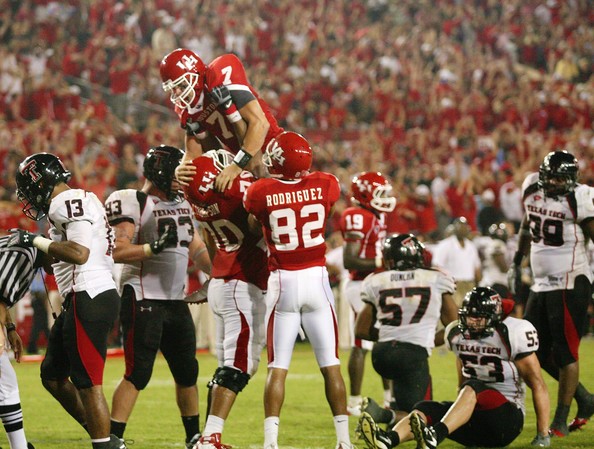 In 2006, UH lost three regular season games by a combined 8 points. What could have been …

On the flip side: Dana Dimel won 8 games in 3 years at UH and 4 of them were by eight points or less. Included in that is all three wins in 2000 (one-, two-, and three-point wins). We weren’t so far from having gone 0-fer in two-straight seasons.

*with one season to play.

Didn’t see that coming, huh? McKinley was responsible for the three close wins in 2000, the three in 1999 and one each in 1997 and 98. He also closed out the close win at Minnesota in 1997 after Tyson Helton started.