In week 2 of the 1990 season, the #18 Cougars traveled to Texas Tech to play in a Thursday night ESPN game. It was just the 2nd Thursday night game for the Cougars since 1970. 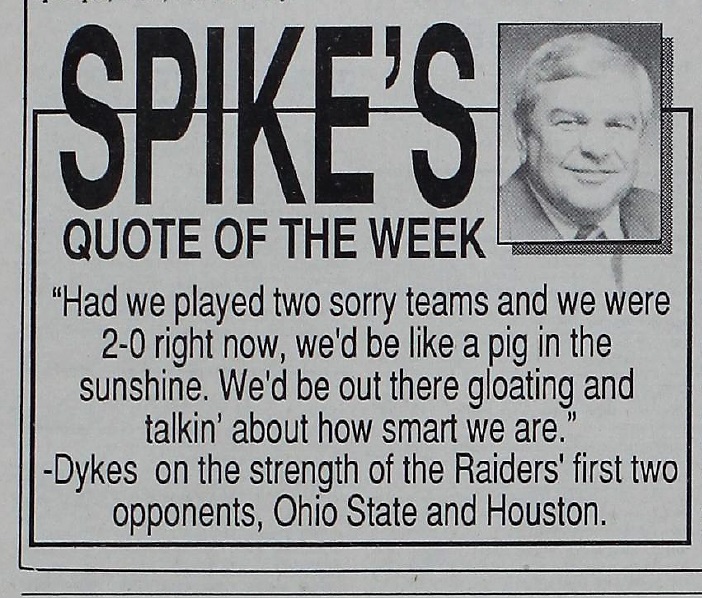 Spike’s Quote of the Week Following The Houston Game

The game in Lubbock was John Jenkins’ second as head coach – UH had beaten UNLV 37-9 the week before. Jenkins’ took his Run and Shoot offense on the road for the first time. First-year starter David Klingler and running back Chuck Weatherspoon ensured it would be a great night.

On the first drive, Klingler hit Verlond Brown for a 53-yard TD to take a lead they’d never give up. Later in the quarter, Spoon stiff-armed a Tech defender in the backfield and absolutely ran over another on the way to a 26-yard gain.

When defenders thought the RNS was soft, Spoon was there to show them otherwise.

On the next play, Tech jumped offsides and Klingler completed an easy toss and catch for a 40 yard score to freshman Sherman Smith.

Tech cut the lead to 14-11 early in the 2nd quarter before the Coogs scored 24 unanswered points to put the game away. Craig Alexander scored on a 15-yard bubble screen from Klingler and Spoon rumbled in from 6 yards out to give Houston a 28-11 lead at the half.

Spoon had 10 carries for 96 yards and a TD in the first half while Klingler threw for 235 yards and 3 scores.

The Coogs were not as crisp in the 2nd half but outscored Tech 10-0 in the 3rd quarter to increase the lead to 38-11. Klingler threw a 31-yard TD to Patrick Cooper. Cooper made a great play with a defender all over him and evaded 3 would-be tacklers inside the 5.

Late in the game, Klingler found Verlond Brown for UH’s final points of the night. Brown had 4 catches for 90 yards and two scores.

The win over Tech was the sixth game of a 12-game win streak for the Coogs – the longest in school history. In that span, the average winning score for UH was 46-20. The Cougars beat every SWC team during the win streak and Tech, Rice, and TCU twice. The 11-game conference winning streak is also a school record.

As it stands today, that win is Houston’s most recent in Lubbock. 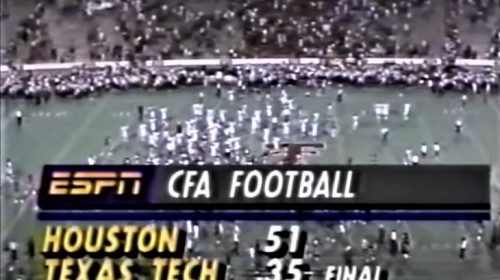 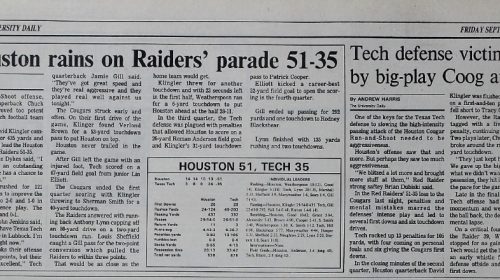 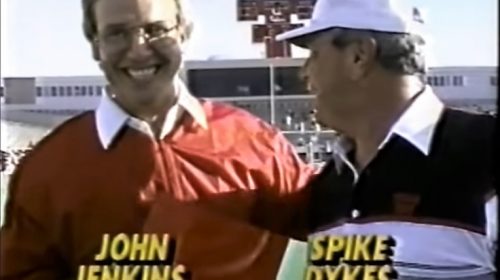 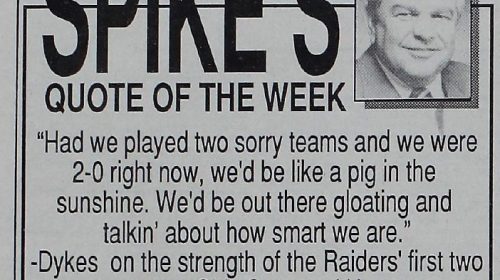 Spike’s Quote of the Week 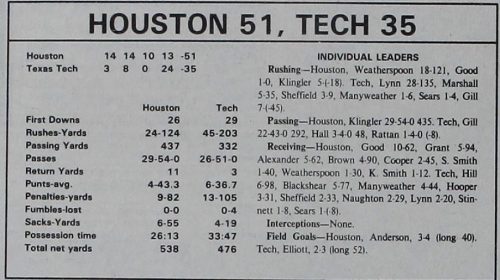 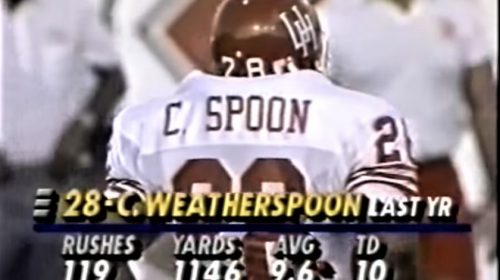 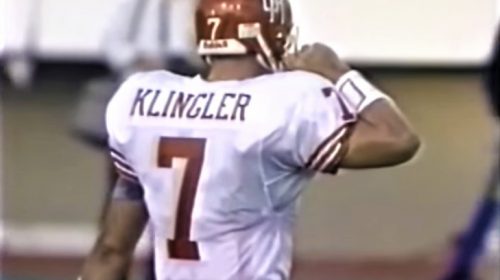 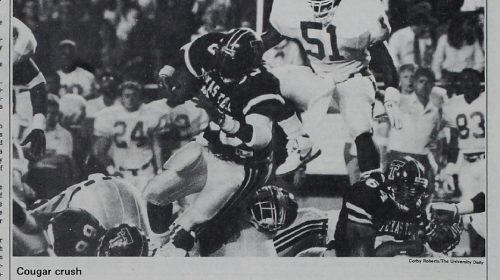